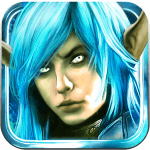 When word first broke back in May that Order & Chaos Online was getting its first major content update, we couldn’t have been more excited. As a game that’s trying to compete on the same level as PC MMO’s, major content updates were an absolute must – but as a publisher, this isn’t something that Gameloft has had a terrific track record with. It looks like past performance isn’t always indicative of future behaviour, though, as only two months after the game’s worldwide release, iOS gamers are being treated to a free bundle of fresh new content.

There’s no word yet on when the update will be available for Android, though it seems safe to assume that it will only be a matter of time.

Now if you’ll excuse me, I have some new quests to attend to.