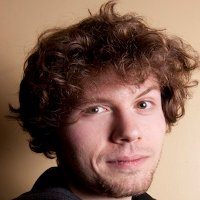 At just 27 years old, Jason Citron carries quite the resume. He helped develop DoubleFine’s Brutal Legend in 2006. He released his 2008 iPhone game Aurora Feint on the day that the App store opened. Then, in 2011, he sold his social gaming network OpenFeint to GREE for a whopping $104 million. With so much success at such a young age, the question over the past year has remained: What will Citron do next?

The answer? As expected, Citron is making his own games again. It is, after all, what he does best. With his new game company (named Phoenix Guild), he aims to create games for the constantly expanding tablet and touch-screen market.

Citron, who is currently coding a new game by himself, aims to release Phoenix Guild’s first game by the end of the year. While he could simply buy out a team of his own with the capital he’s raised so far, he still finds himself compelled to complete a lot of work on his own.

He’s motivated by a sentiment often mentioned but not often accomplished by other developers: he wants to create console experiences for tablet devices.

Citron cited Funzio, which has produced hit “mid-core” titles like Crime City and Modern War, as a comparison point for Phoenix Guild. “We want to [be] Funzio, but fast forward that by five years,” he said. Ironically, just like Citron’s OpenFeint, Funzio was just bought by GREE in another multi-million dollar deal.

If there’s anyone that can create a true console experience for tablet devices, Citron is definitely a strong candidate. He has experience in hardcore game development, and knows plenty about creating games for the App Store. He also has quite a bit of capital.

With those powers combined, it’ll be exciting to see what game hits us from Phoenix Guild by the end of the year.

Kickstarter Picks: Battle of the Bulge