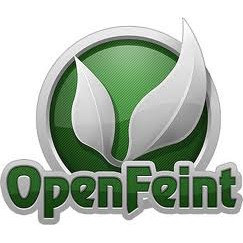 It’s a pretty lofty claim (and a totally false one, since I can’t use OpenFeint on my toaster), but the folks behind OpenFeint have just announced that their latest initiative will allow for social gaming on any device you can think of – and we’re not just talking handhelds anymore.

In addition to the already supported iOS and Android platforms, OpenFeint Connect has just launched into private beta, expanding the OpenFeint family of supported platforms to include Windows Phone 7, Bada, PC’s, the Mac App Store, and more.

“We believe games should connect people, regardless of what device or mobile OS they own. With the release of OpenFeint Connect, we give game developers the flexibility they need to take their games and game data to players everywhere,” said Jason Citron, founder and CEO of OpenFeint. “Developers are always asking if we support the Mac App Store, now with this API, we can support them.”

Since OpenFeint Connect is a set of API’s rather than the full on OpenFeint client, there’s a chance it might be slightly limited in scope compared to what OpenFeint gamers are used to right now. Despite this, OpenFeint is confirming that Leaderboards, achievements, OpenFeint accounts, OpenFeint friends, and developer announcements will all be part of the package.

Currently boasting more than 65 million users, OpenFeint is quickly becoming one of the biggest social gaming networks out there. I’m endlessly surprised that they haven’t been snapped up by another company, whether it DeNA in their quest for social gaming domination, or some other wealthy party with an interest in mobile social success.

The fact that OpenFeint can now connect players not only across mobile devices, but across desktops, makes this a huge coup for the growing social network. If they can get PC developers on board as successfully as they have mobile devs, expect to see those 65 million users double in a only a matter of weeks following OpenFeint Connect’s public launch.

Developers who want to learn more can visit http://openfeint.com/developers/ofconnect.