OpenFeint acquired for $104 million by GREE 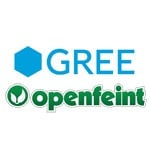 When you get as big as you can at home, it’s time to go international. That certainly seems to be the case for OpenFeint. Arguably the biggest player in the US mobile social gaming market, they’ve just been acquired in a triangular merger by GREE, a mobile social company of similar standing in Japan.

With over 75 million users, OpenFeint has little trouble seeing steady growth since its initial debut a little more than two years ago. Filling a gap in the Apple gaming spectrum at the time, OpenFeint was one of a number of companies to pop up and provide an Xbox Live type experience to iPhone gamers, complete with leaderboards, achievements, and friends lists.

When Apple decided to plug that gap themselves with the release of Game Center last year, competing platforms like OpenFeint either had to go big or go home. Many of them, like AGON, simply couldn’t survive. Others took this as an opportunity to start looking beyond the US-based iOS market. Scoreloop, for example, struck up a deal with a Taiwanese mobility provider. OpenFeint meanwhile expanded to Android, offering a cross-platform experience that has met with great success (OpenFeint is already available in more than 300 Android games).

But the deal that has most struck a chord with industry watchers, no doubt giving them a sense of déjà vu at the moment, was DeNA’s $400 million acquisition of ngmoco last fall. DeNA, a big name is social networking in Japan, bought ngmoco, creators of the successful Plus+ social gaming network on the iPhone. The situation here is eerily similar. Both Japanese companies have spent big to purchase an established name in Western mobile social gaming, doing so in the hopes that it can lead to a winning combination internationally.

Like snowflakes though, no two deals are ever exactly alike. GREE and OpenFeint have no intention of merging their two platforms into a single gaming network, which is something that seems to be happening with the yet-to-be-released DeNA/ngmoco Mobage platform. Instead, this deal will provide OpenFeint with the operating capital it needs to fuel its growth, aiming to double in size by the end of 2011.

With two major deals in the last year, it’s hard to not see a trend emerging. Japanese social gaming companies want a taste of the market beyond their borders, and they’re not afraid to spend the money needed to make that happen.