Home / News / OnLive rises from the ashes, but at what cost?

OnLive rises from the ashes, but at what cost? 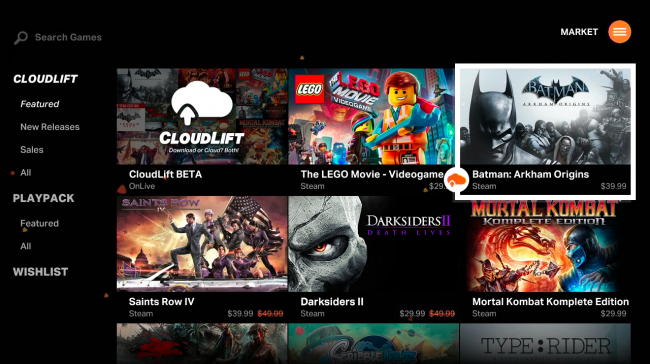 OnLive, the company that helped spearhead the concept of cloud-based gaming, is back. Alongside it is a new Executive Chairman in the form of Mark Jung – formerly of VUDU and IGN – and a host of new concepts to potentially breathe new life into the old service.

The group, which specializes in allowing players to stream PC games to nontraditional hardware over the internet, laid off all of its employees in August of 2012. A new company, also called OnLive, was started in its place, while all of its assets were sold cheaply to Lauder Partners for $4.8 million. CEO and founder Steve Perlman stepped down from his position and the service has been relatively quiet until now.

A press release sent by the company this week states their plans for a new subscription, called CloudLift. The service is meant to allow players to use supported games they already have installed on their PC across multiple platforms such as tablets, Macs, OnLive’s own streaming device and certain TVs.

Apparently, any game supported by CloudLift should work despite where it was downloaded from, but purchasing a game from OnLive directly includes a seven day trial. The service normally comes at a cost of $15 a month.

That’s not included with the $10 a month “PlayPack” subscription, which provides access to streaming-only games from the OnLive library.

According to OnLive’s website, there are only 20 games supported currently, although some notable titles like the Batman Arkham franchise and Dead Island games are included. And, of course, they promise that more are on the way.

They’ve also announced OnLive Go, an MMO and “virtual world experience” focused platform. This sounds quite similar to CloudLift, except that its focus is on brining games like Second Life to tablets. At least in the case of Second Life (which OnLive refers to as SL Go) this runs on yet another subscription, except that it’s paid by the hour rather than a monthly fee.

The email states OnLive Go will run on “lower-end laptops, Macs and tablets for Android,” but conspicuously absent is any mention of iOS devices. OnLive did demo an iPad app several years ago (before the change of management), but so far it seems doubtful any support is coming any time soon. 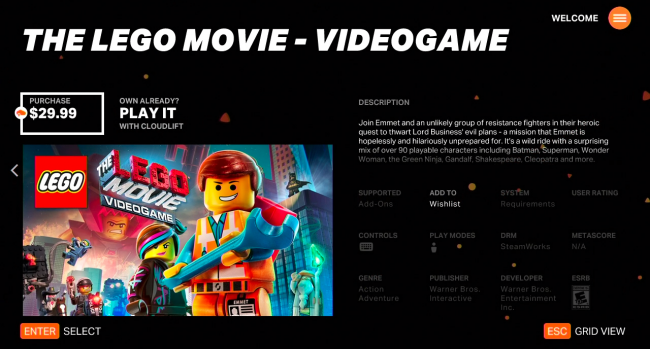 Of the new services, CloudLift definitely sounds like the most promising. One of the biggest issues with OnLive’s original plan is that running a game over a stream was a less optimal experience than just downloading it. If I can have the actual game to play when I’m at home and play on the go – where I expect a lesser experience for the sake of convenience – it sounds a lot more tempting.

OnLive Go is also interesting, but as much as I’d love to play EVE Online while I’m on the bus, I’m not sure I want to pay an hourly fee for the privilege.

Unfortunately, I think the most damning issue is inherent to both services – a lack of support. Twenty games at launch isn’t an impressive number when I have literally hundreds on my Steam profile. Second Life doesn’t appeal to me at all, either, though I suspect that’s being marketed more to businesses that use it as a virtual office program. The aforementioned EVE Online or, let’s face it, World of Warcraft would perk my ears, but in this week’s announcement they’re nowhere to be found.

CloudLift could fix the biggest problem most had with OnLive, and thereby resurrect cloud-based gaming on PC. However, I’m afraid the company may have traded one major issue for three: a lack of support and a confusing number of subscriptions that might lead to a hefty price point.