Home / News / One Year Later, The Grinns Tale is Far from Told

One Year Later, The Grinns Tale is Far from Told 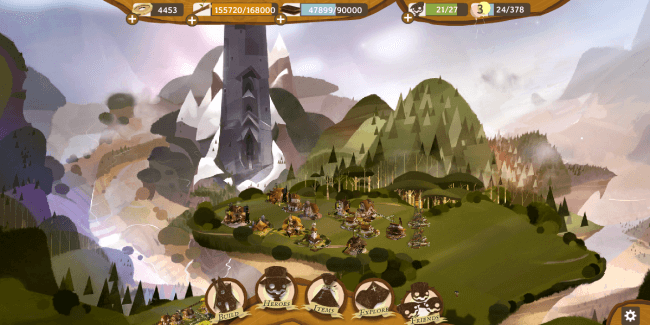 If you frequent the game scene on Facebook or Kongregate, then you’ve probably seen the wide, gap-toothed smiles that define the characters of The Grinns Tale by Nexon. This social town building/role-playing game recently turned one year old, and its team was kind enough to talk to Gamezebo about the processes that went into its creation, as well as the challenges the game continues to face (and overcome) in the crowded social market.

Read on to find out what Associate Producer Jacob Zabie and Concept Artist Pramin Phatiphong had to say.

The Grinns Tale is nearly a year old! Congratulations! Given how busy the Facebook/social market is, what steps has the team taken to keep players engaged with Grinns Tale?

Jacob Zabie: Thank you! To stay competitive in such a crowded market, we are constantly tweaking the balance, adding features or content and fixing bugs. Recently we reduced the crafting time of all gear in the game and we dramatically slashed the prices of almost all of our in-game items by 50%. We regularly read the player forums and see what we can do to improve the game for our players.

One of The Grinns Tale’s most striking traits is its whimsical graphics. Were the unusual character designs an early concept, or did they come gradually? Was the art style inspired by any particular artist or work?

Pramin Phatiphong: The Grinns Tale stylistic elements basically share distant genetics with German expressionism, inspired more by its moody, angular, and asymmetrical motifs than its true movement objectives.  In addition, we were motivated by several visual goals that were not quite explored in the casual game space, especially in Facebook games, which was genre and texture.  We wanted to explore the visual possibilities of the fantasy/RPG genre described with subtle steampunk motifs as a visual language, which we found to have integrity to the lore behind the tower and progression of gameplay.  Next, we decided to go with a challenge of creating more warmth and approachability to contrast the vector art and line art trend; thus the world became very textural.

The Grinns Tale has an awesome soundtrack. Any special notes about its composition?

JZ: Wataru Hokoyama created our music and he’s a stud all around. We showed him early visual samples of our game art, and he wrote beautiful music that fit our game perfectly! Every week players ask if there’s a way to obtain the soundtrack from the game, but it’s a little tricky legally speaking. We’re still looking at a way to get the soundtrack out, and we have a few ideas that look promising. Keep your fingers crossed!

Have a lot of new players come and gone through The Grinns’ year of life, or do you find the same players are sticking around for months at a time?

JZ: It’s a mix. We definitely have some old-timers who have been around for a long time. At the same token, the lifespan for social games tends to be a bit shorter so we get a lot of new people coming in all the time. We feel players find the game interesting because we’re constantly adding new things and implementing new content. The Grinns Tale is an on-going relationship with the player, which is a pretty cool because it’s always evolving. 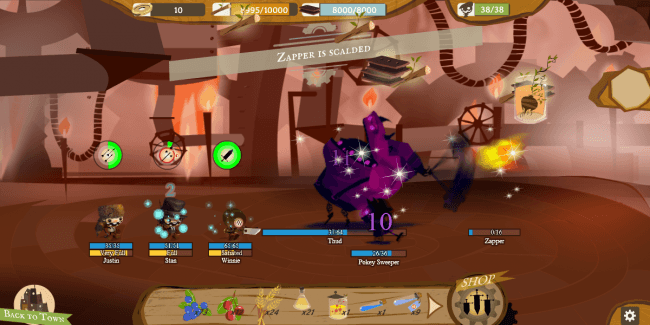 What steps have you taken to balance the gameplay difficulty in The Grinns Tale? In other words, how do you keep core gamers interested while attracting casual players?

JZ: We’re constantly looking up and down the whole experience. We’ve spent the last two months or so streamlining the mid to late game. As I mentioned earlier, we reduced the crafting time for gear which is a change that affects both new players as well as those who have been playing for a while. Our favorite types of updates are the ones that benefit as many players as possible.

Any plans to bring The Grinns Tale to tablets or smartphones?

JZ: Actually, it’s funny you mention this. We haven’t officially announced this anywhere, but we are working on a game set in the universe of The Grinns Tale for smartphones and tablets. It’s still in the development phase and we don’t have a set release date, but it will basically take everything people loved about the Facebook iteration of Grinns, throw in a couple of surprises, and put that all in a package that you can take with you anywhere.