Home / News / On Giant Shoulders: How Escape from Paradise learned from the best

On Giant Shoulders: How Escape from Paradise learned from the best 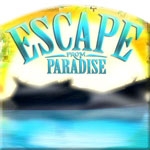 In an industry built around whimsy, Gogii Games owner George Donovan isn’t afraid to admit to being something of a pragmatist.

“When I start coming up with game ideas, a lot of them come from an analytical approach,” Donovan said. “I kind of look at trends and see how well games are doing in other markets. I start looking at the successful games, looking at the mechanics of those games, then I start breaking out the themes. I don’t want to say it gives me a list, but it gives me a pulse for the sort of game that should do well.”

Donovan is the first to admit that he’s standing on the shoulders of giants. But, as Escape from Paradise illustrates, there’s an art to knowing exactly which giant shoulders to step on.

Those who have played the game’s blend of a real-time strategy and puzzle games know that the influences of several other successful RTSs are apparent. But the main thrust, the heart of Escape, came from another medium entirely.

“Obviously I was influenced by Lost and Survivor,” Donovan said. “In fact, the original title of this game was Lost in Paradise, but the legal team informed me that Ubisoft had picked up the video game rights to Lost, so they thought there could be a potential issue there down the road.”

Not only is the element of surviving outside of society’s influence drawn from those programs, but so is Escape’s desert island setting, a backdrop that’s been no stranger to the casual game market.

“You look at the demographic and I don’t know how many moms over 30 are getting down to Jamaica or Hawaii any more,” Donovan said. “It’s certainly a very romantic, calming interest. It’s an escape, no pun intended.”

All things to all people

Though lazing the day away on a sandy beach may be relaxing, it’s gameplay that keeps people coming back, something that Escape has in spades. It’s very much a kitchen-sink approach, blending RTS elements with some casual gaming staples.

Donovan said that the two were partially combined to help the game appeal to as large an audience as possible.

“Each minigame has potentially 10, 20 or 100 hours of gameplay within them,” Donovan said. “So you could play rock toss or the management game or sudoku game for hours on end, without having to get too involved in the RTS.”

Donovan also gave some of the credit to his aforementioned analytical side. A previous company he owned had done well with the mega-game CD-ROM compilations practically ubiquitous in big box stores.

“They would sell a million-plus time after time, they were very popular with that target demographic, that over-35 Wal-Mart buyer,” Donovan said. “They like the jewel case, and they like the feeling that they’re getting the best bang for the buck.”

But, like trying to manage the egos on a celebrity-packed movie set, the team soon realized that one of their biggest challenges would be in balancing their heavy-hitters.

“We were able to throw a bunch of really solid games into an RTS, but once we started testing it, we realized that process wasn’t as simple as it sounded,” Donovan said.

Perhaps the key to not over-stimulating the player came in finding the game’s pace, which, if not slow, could certainly be described as deliberate.

Donovan admitted that, though a similar tempo had been successful in Virtual Villagers, he still had to be convinced that it was the right move.

“We saw that it was extremely slow, I wanted to speed it up,” Donovan said. “But once we got it into consumer’s hands, we got good feedback on how the pace of the game went.”

The few, the proud

The other major hurdle in making all the different game types play nice together was in choosing the right ones to be included into the game. Donovan gives the credit for that to working with an experienced developer like ToyBox.

“They’ve developed a lot of casual games, certainly 16 or 20 games behind them, and on top of that they were the ones who built the minigames for the CD-ROMs at retail,” Donovan said. “So they had hundreds if not thousands of mini-games they had built for these CD-ROM titles. From there they were able to get a real pulse of what games were fun and what games weren’t fun.”

Luc Goguen, the producer/designer on the game, said that as they chose the games to include within Escape from Paradise, he never wanted to let players feel that they weren’t getting a lot of value.

“I kind of wanted to tackle as many familiar casual game genres as possible without overwhelming people,” Goguen said. “From a ToyBox point of view, it was about finding games that we could create efficiently.”

One of these things doesn’t belong here

Though design resources and the quality of the games were a concern, there was also one very sticky design issue to contend with: Finding a way to keep the flow of the game going without completely destroying the serene desert island setting.

“That was obviously the hardest design point was basically how you integrate all these games without basically breaking the flow of the game,” Goguen said.

The solution, appropriately, came from the inclusion of more games. The team began using microgames as a way to draw players from one larger game to the next.

“That’s how we came up with the challenges, was a reason to draw people into minigames without really breaking the flow,” Goguen said.

Give ’em what they want

But at all times, according to Donovan, the focus was in making the game consumer-centric, worrying less about what the designers wanted to include in the game and more about what the consumers (as evidenced by their buying habits) wanted to play.

It’s a way of doing business, as he points out, that is uniquely suited for the instant feedback that casual game market provides, with gamers being able to vote with their wallets instantly for what they like and don’t like in their games.

Donovan’s analytical though unglamorous approach to game design may not be the sexiest, but it appears to be working: He said that a sequel to Escape from Paradise is already in the works and is due in the fall.

The way Donovan see it, the willingness to give customers exactly what they want is increasingly separating casual game success stories from failures.

“I think that’s where we see our business starting to diverse a bit,” Donovan said. “People who are making games for consumers are doing very well, but there are still a lot of casual games being built for themselves that aren’t doing very well.”