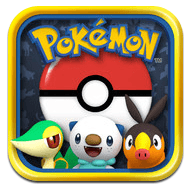 The App Store has been home to sundry Pokedex apps over the years, but none of them have been official (or very good). That all changes today. The Pokemon Company – also known as the branch of Nintendo that controls the marketing and licensing of the Pokemon series – has launched an official Pokedex app, including 3D models of every single Pocket Monster, as well as enough data to fill an entire set of encyclopedias.

Now I know what you’re wondering: Does that include Wigglytuff? It most certainly does, although it (along with all Pokemon found outside of the Unova region) is locked behind in-app purchases. Here’s how it works: The app costs $1.99, and this comes with all the info you could ever want about the Pokemon found in the recent Black and White games. If you want access to past generations, each one will cost you $5.99. No one ever said Poke-knowledge would come cheap.

The good news is that the app supplies you with absurd amounts of trivia, such as stats, abilities, which TMs work with which Pokemon, weaknesses and strengths, and where Pokemon can be found in the games. If your hunts for a Mr. Mime have constantly been fruitless, it looks like your prayers have been answered.

It’s uncertain whether or not this app will end up on Android, but I imagine Nintendo wouldn’t mind stealing the thunder from all the unofficial Pokedex apps that exist there, too.

Win a copy of The Book of Unwritten Tales: The Critter Chronicles!