Home / News / Off-road and on iPhone: An interview with 2XL Games’ Rick Baltman

Off-road and on iPhone: An interview with 2XL Games’ Rick Baltman 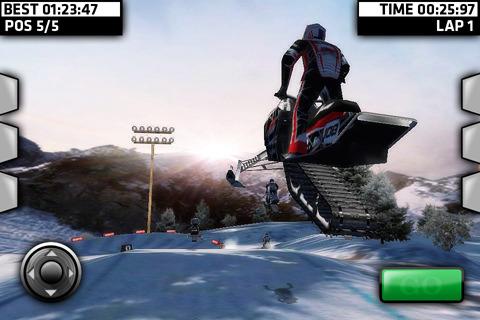 Extreme racing may be nothing new to gamers nowadays, but 2XL Games has been doing it since before the term was even popular. Getting their start on games like the popular Motocross Madness in the late 90’s, and then later the ATV Offroad Fury series, the minds at 2XL might just know extreme off-road gaming better than anybody.

Gamezebo recently had the chance to chat with 2XL Games President Rick Baltman, discussing the challenges of taking their popular formula portable, what it felt like to work outside their typical genre, and 2XL’s passion for real world danger sports.

Before developing for the iPhone the 2XL team had worked on a variety of console and PC racing games including Motocross Madness, ATV Offroad Fury, and Baja. Was it hard to make the transition to portable racers? How do the two differ?

It took a bit of time to move our engine from the consoles over to the iPhone. We had to write a new OpenGL renderer and learn Objective C, but the engine port went relatively well. What took a bit of time was learning how to optimize the game on the new hardware. We used a lot of rendering tricks to render shadows, environment maps, lens flares and the other special effects to get the performance we needed on a mobile device.

The impressive thing about today’s mobile devices is that the physics, game?play, A.I., collision detection, animation and most of the other systems are the same on both the console and the phone. The biggest differences are the size and amount of data used in the game and the quality of the graphics.

2XL has brought ATV’s, Motocross, SnoCross, and Rally racing to the iPhone. Does the 2XL team ever slap on a helmet and kneepads and go hands on for “research?”

Absolutely! Most of us race cars, motorcycles, ATVs, and even airplanes. We make games about the things we love to do in real?life and hope that some of that passion comes across in the final product.

Back in January you released a SnoCross game under ESPN’s X Games brand. How was the experience? Are there any plans to bring another 2XL developed X Games title to the App Store?

Working with ESPN was a great experience for us. Their brands are recognized world-wide, they gave us world class art assets to work with, and they’re a fun group to collaborate with. I certainly hope we can work together again!

Late last year 2XL broke from their racing background and released the air combat experience 2XL Fleet Defense. What prompted the move to try something so different from your past efforts? Are there any other genres you’d like to tackle?

A couple of us love to fly planes and play all of the dogfighting console games. We wanted to bring a full 3D dogfighting game to the iPhone but didn’t have the time to tackle such a large project. Instead, we went 2D so that we could build the game in our spare time. There’s a lot more we’d love to bring to the game, including upgrades and new weapons, but we’re still very busy keeping up with all of the other work on our plates.

We wish we had the time to make games in all of the genres. Sports and military simulations have always interested us. 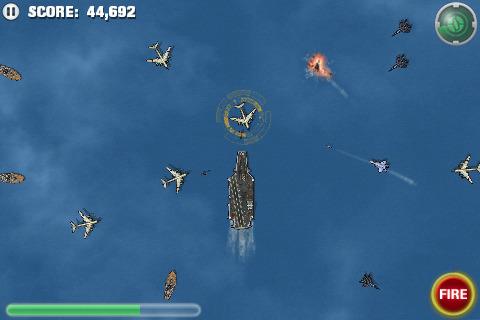 What’s next for 2XL Games?

We can’t say anything just yet but we’re busy getting a couple of titles ready for the holiday season, be on the lookout!

If you could recommend one racing title on the App Store that’s not developed by 2XL, what would it be and why?

I don’t think it’s out yet but Reckless Racing from Pixelbite looks awesome, I can’t wait to give it a try.