Home / News / Number of gamers has nearly tripled since 2008, largely thanks to freemium

Number of gamers has nearly tripled since 2008, largely thanks to freemium 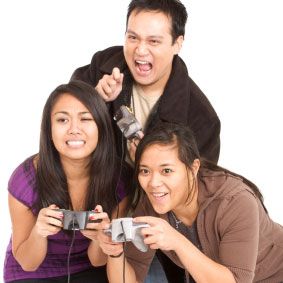 A new study from research company Parks Associates shows that the amount of people playing videogames has risen 241 percent since 2008. The current number is estimated to be 135 million players, which is a huge increase from the 2008 number of 56 million.

This number represents the people who play videogames for at least one hour per month. The study also shows that 17 percent of gamers have downloaded a smartphone title, while 80 percent of gamers play free-to-play (F2P) titles or games on Facebook.

The study states that videogame companies are placing an emphasis on community now more than ever. By building relationships and communities of players, the companies are able to keep making money from the customers long after the game is in the players’ hands, something far different from the business model of old.

Research analyst and study author Pietro Macchiarella states that the qualities of free to play (F2P) games have been one of the driving factors in this big surge of gaming activity. Macchiarella specifically points out the lack of retail costs and paid subscriptions as some of the draws, as those prices have typically been a turnoff toward the casual gamers.

The study also revealed that F2P games that support microtransactions—real purchases made in-game that provide upgrades to the game—receive a strong amount of support from these players. The study found that those who spend money on Facebook spend roughly $29 per month, with $21 per month being spent on F2P games. This is comparable to the $24-$27 per month spent by the “occasional gamer” on console games.