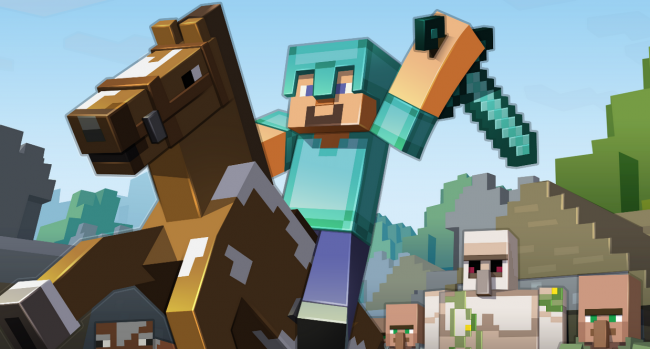 Late Thursday evening, Markus “Notch” Persson confirmed on his Twitter account that he has been discussing a potential Minecraft film with Warner Brothers.

“Someone is trying leak the fact that we’re working with Warner Brothers on a potential Minecraft Movie,” Persson posted. “I wanted to be the leak!”

A movie about Minecraft? That’ll never work!  Well I’m sure plenty of people said the same about a movie based on LEGO, and now Warner Bros. is currently sitting atop $275,000,000 (and climbing) following the The LEGO Movie’s release, earlier in the month.

Details are still scarce, but Hollywood news and rumors website Deadline managed to confirm that Warner Bros. is putting The Lego Movie producer onboard for the Minecraft movie, and that it will be a live-action feature film.

The news about the Warner Brothers deal comes days after Persson announced that Minecraft has surpassed 100 million registered users.

Don’t want to wait for a Minecraft movie? 2 Player Productions documentary Minecraft: The Story of Mojang is now available for free on YouTube. You can watch the whole thing in its entirety below:

“Daddy, we have to delete Talking Angela RIGHT NOW”