Home / News / No, seriously – why isn’t Catan on Facebook? 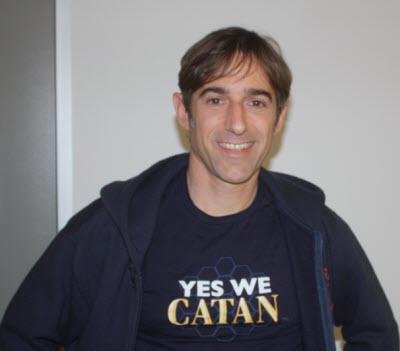 Whenever news breaks about something happening at Zynga, there’s always one photo that inevitably surfaces again on the internet. It’s a snapshot of Zynga CEO Mark Pincus wearing three things: a winning grin, a black hoodie, and a t-shirt that says “YES WE CATAN.”

For those not in the know (and shame on you if you’re not), Settlers of Catan is a board game about trading and building. It’s been around for nearly 20 years, and in terms of social interaction, there’s simply no game better. The bulk of your time is spent bartering (and in the latter phase of the game, begging) your opponents to trade you for the building materials you need. “Seriously – you can have all my brick. Just give me one sheep. For the love of god, JUST GIVE ME THAT ONE SHEEP!!!!”

But for a game that’s so social, why hasn’t any thought to bring it to a social network?

You might think it’s because Facebook games aren’t in real time, but that’s not really true. At least, not anymore. Real time play is slowly but surely making inroads on the platform. Candy Dash offers 1 on 1 bubble-popping competitions in real time. Armies of Magic will be getting it soon as well. If you ask any social developer worth their weight in salt, they’d all agree: real time multiplayer is the next big thing in social.

But could real time Catan work on Facebook? Probably not – at least not outside of the game’s existing audience. Sitting around the kitchen table, I’ve had sessions last well over three hours before – that’s not something that would translate terribly well to the social scene. Still – that’s not to say a developer couldn’t modify the formula or the goals to create shorter play experiences.

It seems like a logical place to play them. Web-based adaptations like Ticket to Ride Online have been popular for ages. Memoir 44 already employs the free-to-play model, though as a PC download. And the iOS App Store is filled with great examples of social multiplayer that would translate well to Facebook. My wife and I have been playing Carcassonne asynchronously since it was released, and original games in this style, like Hero Academy and Kard Combat, would be exquisite on FB. 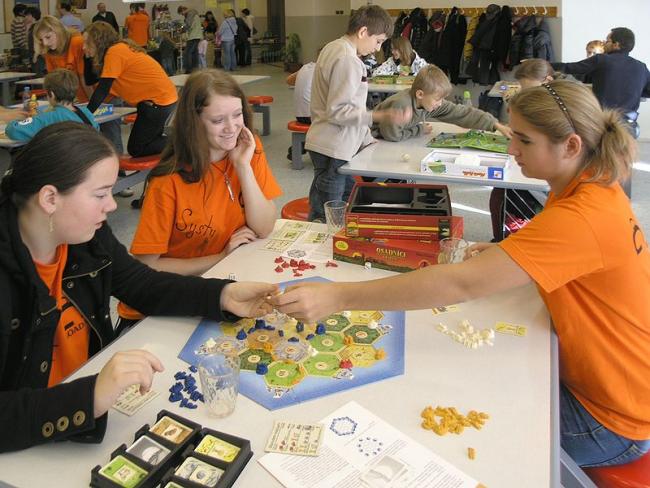 I suppose the board game revolution on Facebook may already be afoot. After all – Empires & Allies is often compared to Risk. And Woodland Heroes – our runner up for 2011’s Facebook game of the year – plays like a smart re-thinking of Battleship. So what’s the next step? How do we go from developers imitating or borrowing elements from the board game world to offering us straight ports of licensed board games? When can we expect to see Zynga Chess, or better yet, Zynga Catan?

Come on, Pincus. You know you want to trade my three wheat for your one lousy sheep.

No bots plus no UDID equals a less lucrative App Store?