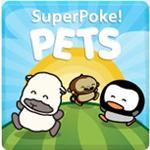 I will write about your campaign though. Over the past day, Gamezebo has been inundated by requests to purchase SuperPoke Pets from Google to keep the game running. Based on conversations with other companies, I am not the only one getting these requests.

The answer is, no, we can’t buy the game from Google and keep it running. I know, I have the reputation of being a high roller, but if Google can’t afford to keep it running, Gamezebo can’t as well. And running game servers and updating games content is not what we do.

Having said that, I have to give the players behind this campaign credit for their enthusiasm. Truth is, some company they spam may be enticed to purchase the game from Google.

They should be able to acquire the game and all of Slides assets for a penny — literally. Obviously, Google has the money to keep the game going. They just choose to focus their time and energy on core parts of their business, which is adding more features to Google+ before Facebook can copy them and building out their Google+ games channel with third-party games.

Theoretically, someone could go to Google and say, “let me take over this game for a penny and be done with it.”

The real issue is game maintenance, which includes hosting, marketing, and games content costs. You can’t just let a social game sit, you have to constantly update it, which costs a lot of money.

As long as the game generates more money than it costs to maintain, it’s fine. But here is my other piece of advice to the people responsible for this email campaign to find a new buyer, aside from stop emailing me.

Every email I got emphasizes the fact that the player is on disability, or is unemployed, or that this game is the best free game they can play online. My honest thought as I read through the hundreds of emails filling my inbox is that most people playing this game are not paying for items in the game, which will not encourage a buyer.

As for Google, my best advice is to figure out a way to give SPP gamers some type of credit to play on Google Games.

You are a multi-billion company that bought a games and social apps company that you are losing millions of dollars on by closing it. Fire the corporate development people responsible for this foolish acquisition and do the right thing. You have every right to close SPP down, just offer something fair to its players who have devoted thousands of hours playing it.