No expiration date: how Hidden Variable kept an app about groceries fresh [interview] 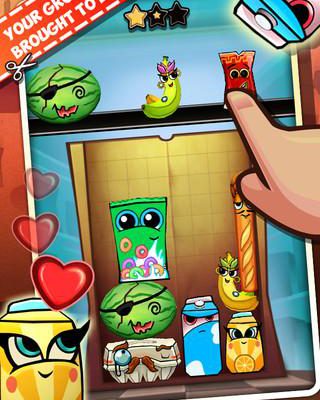 Bagging up groceries can be hard work – and nobody knows this fact better than Hidden Variable Studios. The studio released Bag It! in the Fall of 2011; a puzzle game about the delicate balancing act we all face when trying not to squish the bread or break the eggs in the checkout line. But unlike most mobile developers, whose games’ popularity can expire quicker than a carton of milk, Hidden Variable has employed strategies that have helped them find new fans as time went on.

Now the team has just released a major update to Bag It! that introduces a new character, new levels, achievements, and more. We recently had a chance to sit down with the company’s COO and co-owner Amos Marvel to discuss the latest changes with everyone’s favorite grocery puzzler, the importance of diversification, and what’s next for the company.

Bag It! is an accessible physics puzzler with cute characters and plenty of replayability. Without repeating any of what I just said, sum up the game’s appeal for me.

What else can be said? You nailed it on the head! ? Seriously though, our goal is to provide high quality entertainment that seeks to reveal the fun in our everyday lives. There are things all around us that we take for granted, and we are just trying to open people’s eyes to the myriad possibilities that exist in our world. 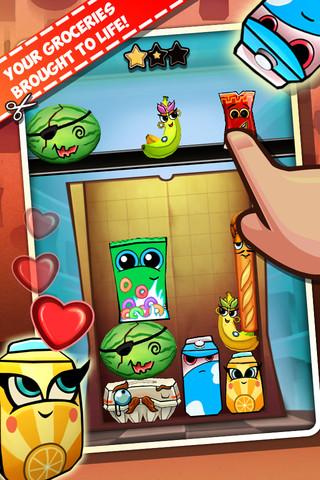 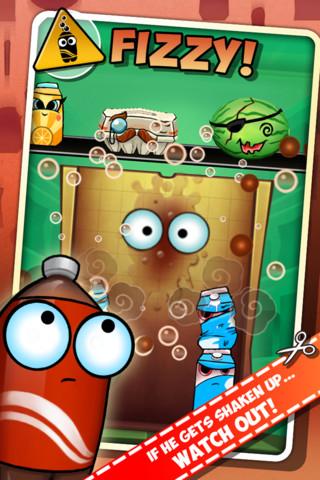 The game has been available 6 months. Many developers complain that if they make any money in mobile, it’s in the first 6 weeks or so. How has Hidden Variable managed to keep Bag It! profitable all this time?

While there certainly is some truth in a huge burst of revenue when you first launch a title, a well-designed game should incorporate aspects that create a long tail effect. Specifically, we wanted to design a game that resonated with a wide variety of people for different reasons, one that had tons of replayability and that people would fall in love with and tell their friends. The foundation was really based on similar designs to the games we love to play and good games keep you coming back over and over again.

I also think that listening to our players and providing updates – whether it’s bug fixes, localization, IAP unlocks, a fun Valentine’s Day version, or now Achievements – also shows a commitment to our early adopters, and encourages them to help evangelize the game and get the word out. Little touches like creating special Valentine’s Day eCards hopefully help make it easier for players to help spread the word.

After its iOS and Android debut, Bag It! has started to appear on a number of different devices – from the Kindle Fire to the Nook, and even the Nabi kids tablet. How much value is there in tackling markets like this that other developers might ignore?

The value of exploring other distribution channels for your game can’t be understated. As a new developer to the mobile space, we weren’t sure aboutthe value of each of the various channels, but we felt it would be a worthwhile investment to explore them as time permitted between creating updates and adding new features to the game. That said, whenplayers on those other devices started contacting us directly, asking when we were going to offer a version for them, we knew it was time to really dig in. Given that we had already invested in covers a broad range of Android devices with different specifications, screen sizes, etc. – translating the game to those other platforms ended up being relatively straightforward, and has really been beneficial for us as a studio.

Overall, players have really enjoyed Bag It! on the other platforms and it’s shown with their purchases and all of the great reviews we received (Bag It! has thousands of 5 star reviews across all stores). Marketplaces other than the App Store and Google (our two primary markets when we initially launched) actually now make up almost 50% of our revenue, which was definitely a lot different than what we had originally planned. It was a pleasant surprise to have taken the risk and be rewarded critically and financially for our efforts. 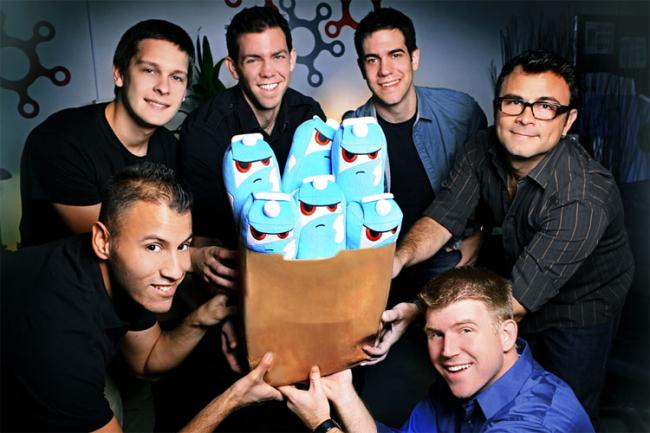 Likewise, you spent a fair bit of time localizing the game for other markets around the world. How has the game been received outside of English speaking territories?

We did a lot of research before localizing the game, especially since our game has a lot of text-based puns and the like, and the data was inconsistent. In some instances, developers reported no change in sales after localizing, while others claimed as much as a 30% increase in sales after localizing. With that in mind, we localized our game very early after launch and had versions in 8 languages (EFIGS, Japanese, Korean and Simplified Chinese) on the market within a month after our initial release. This was a huge undertaking on our part and took a significant amount of time and resources across the studio. This was further compounded by the fact that, since many of the lines were food-based puns based on colloquial terms and products, many needed to be rewritten for that language and territory to make sense. We were really proud of the effort we put in to localizing the game properly, and hoped that – as a result – the game would start to take off in the territories in which those languages were primarily spoken, but that wasn’t the case.

Hindsight is always 20/20. When we look back, we think that it would’ve been better to wait for the game to have gained a greater momentum before we decided which languages to localize. It would’ve been easier on the team to manage one or two languages at a time as the demand grew in those territories, and we could’ve saved the expense for those versions that didn’t pan out – whether it be due to cultural genre preferences, the type of audience, or the various trends in certain markets. Because we’ve localized the game already, it also means that with every update that includes text, we need to localize that content as well, which adds a bit of overhead to each release. At the end of the day, it was a valuable learning experience and one we intend to utilize in our future titles.

Speaking of new markets, we’ve heard you’ll be porting Bag It! to browser-based platforms soon. Are we talking Facebook? Kongregate? And will the pricing model be similar to the freemium version of Bag It! that’s now in China?

We’ve explored those additional channels where there has been interest by our players, but that doesn’t mean that all channels have the same ROI. While it’s great as a developer to get your game out to as wide an audience as possible, the costs of porting the game, the audience of the platform, and how the game can be monetized all need to be considered.

For example, Bag It! was initially designed as a premium game with no virtual currency or In App Purchase (IAP). As such, when we explored distributing the game in China, we knew that we’d have to consider changing our business model to tap into that market. We partnered with a distributor in China who provided the insight into the market that we lacked and then created a free version with IAP. It was a great opportunity for us to experiment with an area of development that we didn’t have prior experience in and it really paid off for us.

Keeping that in mind, each of the various platforms, territories, and genres have very different audiences. There is no “silver bullet” to develop a game that is a hit on all platforms and territories, and financially successful games are still a fairly rare occurrence in the mobile space.

All that said, we’re still considering expanding the franchise where it makes the most sense — both for our players and for us as a studio.

All things considered, I’m starting to wonder if the hidden variable referenced in your studio’s name is “diversification.”

Ha ha! It could be! We know plenty of our fellow indies that have chosen to stay exclusive to one platform, and while that may work for them, we prefer to seek out and uncoverall of the opportunities in the market to expand our reach as much as possible. That said, Hidden Variable was chosen as our studio name because, as a player, there is a certain satisfaction in finding that unsuspecting surprise, that Easter egg, that unexpected nugget of fun. For us, seeking out these different stores was our own way of panning for gold – and in many ways it paid off huge dividends for us.

After 6 months, Bag It! is gearing up to receive its first major update. What can players expect from version 2.0?

As noted earlier, we’ve had plenty of updates prior, but this is particularly special to us because it introduces a new character (Fizzy!) with brand new properties and gameplay, exciting new levels, and for those Senior or Master Baggers, a whole host of fun and wacky achievements and fully revamped Endless Modes for even more replayability!

Am I the only one who thinks a Bag It! cameo needs to happen in Fruit Ninja? I’d love to slice and dice a one-eyed watermelon, sultry banana, and even a carton of OJ. What say you?

That would be great! We’re always in talks with a variety of partners and would certainly be open to that. =)

What’s next for Hidden Variable Studios?

Bag It!-wise we’re going to continue to explore additional updates and channels for distributing the game while working on a number of licensing and merchandising deals.

That said, we’re also starting work on our next original game with a whole new IP. The whole company is currently in a rapid prototyping phase, trying out a whole host of new mechanics and thematic ideas. Our ideas range from the silly to the maniacal, but that kind of creative brainstorming is vital to introducing new life into our games. Hopefully our fans will really appreciate that innovation when the end product is in their hands!

Bag It! will be on sale for just $0.99 for a limited time on all platforms starting on Friday, May 25th. Take a peek and see for yourself what our players have been cheering about!

Toki Tori 2 to be the first indie game to use Steam Workshop, and YOU can help!