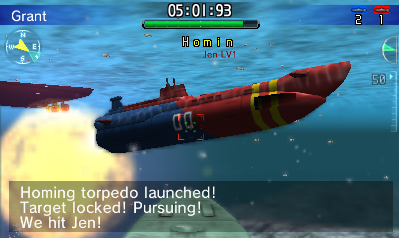 That’s the biggest problem with Steel Diver: Sub Wars, and my greatest fear for Nintendo’s future forays into free-to-play.

Let’s back up. I’m getting ahead of myself by calling it “free-to-play.” Actually, that may have been Nintendo.  Or maybe, rather than jumping the gun, they’re simply behind the curve again.

Sub Wars is free-to-demo. Like the “lite” versions of games that were all the rage on the App Store circa March 2011, this is just a taste of a real game. That product is $9.99 on the 3DS eShop if you’re so inclined. Maybe you will be! I can’t say that I was, particularly.

Like its predecessor, Sub Wars is sedate, bordering on soporific. You play a slow-moving sub firing slow-moving torpedoes at slow-moving targets. It’s relaxing, after a fashion, which is anathema to the traditional tension of submarine combat in fiction. Pinging targets with your sonar minimap and firing blindly into the sea should be a balance of terror and satisfaction. Rather, it’s a lumbering chore.

Part of that is thanks to Sub Wars’ biggest change. The first game was a 2D sidescroller – practically a platformer with flippers. The sequel is entirely in first-person, leaving you to ping a target then turn, turn, turn, then fire, then wait, then realize you missed, then fire again. You sunk it! But you’re out of homing torpedoes now. You should probably make your way slowly, slowly, slowly, to the ammo crate it just dropped so you don’t have to worry so much about turning next time.

The “free version” lets you repeat this process across two missions: an underwater ring race and a convoy assault. Complete them on various difficulties to earn medals and you might unlock the other sub. You could, of course, buy the premium game for access to the rest of the subs and missions, but you’ll still have to collect medals, as none of them come unlocked. 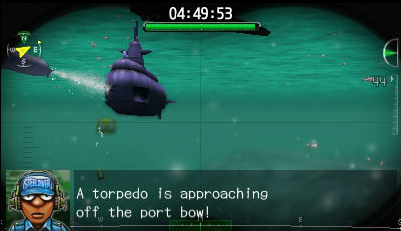 A faster-paced, better-presented update to the original game might have had some merit. Instead, Sub Wars’ transition to first-person has made Steel Diver even blander – swapping out the various background environments for uniform, murky brine.

As unappealing as I find the game, I think Nintendo is, if not on the right track, at least at the right station for free-to-play. Focusing on the game first and then providing extra content for those willing to pay is the right model.

And if, for whatever reason, you’re deeply invested in the Sub Wars formula, you can play the multiplayer suite to your heart’s content – no restrictions, except for what subs you can use. And here, at least, player-controlled subs present a mild tension. Just getting into a match still takes ages. The matchmaking itself seems serviceable, but games take several minutes to actually start thanks to an overlong round-start timer. Still, it’s entirely free and is the only thing that elevates the game just above demo status.

I am worried, however, that the Nintendo double-tap will rear its ugly head. I’m worried that someone at the house that Miyamoto built will see a bland game receive little attention and blame it on the free/paid dichotomy. Or worse, they might try again by mimicking the microtransactions and consumables common on the dirtier side of mobile development. 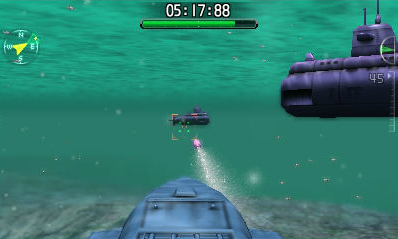 Because while that might not be the issue, it is how Nintendo designs games.  Luigi’s Mansion didn’t set the world on fire, so we waited twelve years (long enough for nostalgia to kick in) before seeing iteration.

I’d love to see Nintendo continue to experiment with the way it releases its games (*cough* subscription-based virtual console *cough*). I would also love to see it happen in better, more interesting games. If Nintendo feels the need to change anything, that should be where it starts.