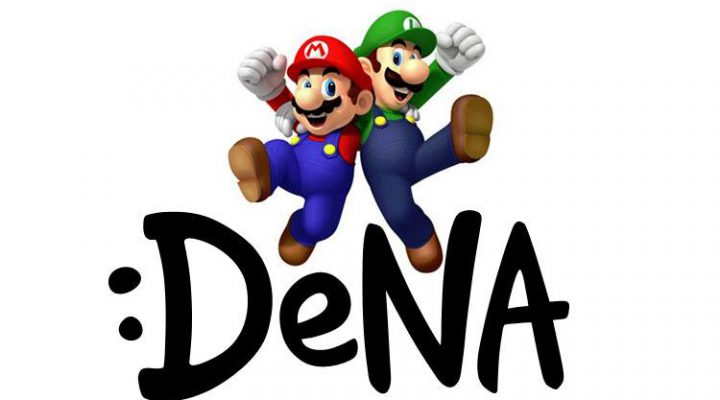 After more than a year of speculation, rumors, and hinting, Nintendo has made it official: they’re bringing their iconic IP’s to mobile devices.

And they’re not doing it alone, either. This morning Nintendo announced that they’ve purchased a 10% stake in the mobile games company DeNA for $181 million (and Touch Arcade are reporting that DeNA, in turn, gets a 1.24% stake in Nintendo).

The games that result from this will be wholly original, so no, you won’t be playing old school NES games on your tablet (legally) just yet. In fact, in keeping with past comments from Nintendo chiefs, DeNA confirms that these games will provide players “the opportunity to explore even more premium experiences on Nintendo’s dedicated video game platforms,” suggesting that these are meant as a gateway into Nintendo’s hardware — not a way to replace it.

There’s also the mention of an “online membership service” that will reach across mobile, PC, and Nintendo consoles, though what this actually means is still up for debate.

DeNA spent $400 million to acquire a similar network back in 2010 (before the days of Apple Game Center). Could Nintendo want to tap into that to finally create a cohesive, approachable social gaming system that can complete with PlayStation Network and Xbox Live? I’m not holding my breath, but hey – anything’s possible.

DeNA is an interesting choice of partner for Nintendo. AppAnnie recently ranked them 19th in terms of biggest publishers by revenue, sitting squarely between Zynga (18) and Gameloft (20). And while a casual market watcher might be quick to label them as a maker of simpler free-to-play fare (Transformers Battle Tactics, Blood Brothers), they also partner with indie devs to help bring their games to mobile. Just take a look at who published Yet It Moves, Wavefront and Unpixelate – three games that would be perfect on the Wii U eShop – and you’ll see what I mean.

And let’s not forget DeNA’s attempts to push the boundaries of mobile visuals with games like The Drowning and CryEngine-powered The Collectables.

For their own part, Nintendo has been testing the waters in their own ecosystem for a while now. Just last month they released the free-to-play match-3 game Pokemon Shuffle on the Nintendo 3DS, and they’ve announced a partnership with GungHo to bring a special Super Mario Bros. Edition of the hit mobile game Puzzle & Dragons to the same system.

But while we’re all excited at the prospect of Nintendo making mobile games, there are maybe a few reasons why we shouldn’t be.

For one thing, they’re maintaining the “it’s meant to push people to our main products attitude,” which seems to suggest that Nintendo doesn’t want their mobile games to be hits in-and-of-themselves, but a marketing hook.

This is a strategy we’ve seen before from one of their bigger competitors: Sony’s PlayStation brand. With games like Run Sackboy! Run! and Fat Princess: Piece of Cake, Sony has managed to get the word out about their games by creating free-to-play games in completely different, mobile-familiar genres.

Sony has tried a different approach to the same problem, too. CounterSpy released as a premium mobile game that was more-or-less a perfect port of its console cousin, but with only one of two playable campaigns. Entwined Challenge offered up just one mode of what you’d find in the full game, but it did it perfectly.

Essentially, Sony was selling you meaty demos on your mobile phone that could whet your appetite for the bigger product.

In contrast, Microsoft seemed to go the route less traveled, offering up games with a mobile-first mindset. Games like Tentacles: Enter the Dolphin and Wordament were unique experiences perfectly suited to touch screens, while ports of Ms. Splosion Man and Kinectimals were aimed at bringing great Xbox games to mobile users rather than moving those players in the reverse direction.

I’m still holding out hope for a mobile Viva Pinata. Get on that, Microsoft.

Regardless of the different directions Microsoft and Sony have taken, there’s one thing they have in common: both failed to become a dominant player in mobile games.

With that in mind, I think it’s important that we temper our fanboy excitement about today’s announcement with a healthy dose of reality. Yes, it’s possible that Nintendo will find tremendous success marketing mobile games in the same way they have console releases, but it’s just as likely that we’ll see the occasional product tie-in and little more.

In other words, lets not put the cart before the horse.

We’ll have a better idea of what Nintendo and DeNA are planning once their first games start rolling out. Gamezebo is always keeping a close eye on the App Store and Google Play, so we’ll let you know the minute that happens.