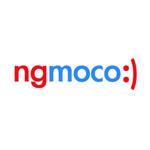 You can file this story under Bummer Ways to Start the Week. Ngmoco is shutting down We Rule, GodFinger All-Stars, Touch Pets Cats, and Touch Pets Dogs 2 on March 31st. Pretty crazy, no? And to make matters worse, the games will be delisted from Google Play as well as the App Store on February 1st – AKA four days from now.

While we don’t know for certain what inspired Ngmoco to shut these games down, one of the key factors was probably the company’s shift in focus after DeNA’s acquisition of them, and the two companies’ launch of the Mobage network. And then there’s also the sad truth that nothing gold can stay, and that the ever-changing nature of the mobile scene pretty much guarantees that all sorts of once-popular games will one day be put out to pasture. C’est la vie.

While I could sit here and wax poetic about loss—and probably throw in a few extra Robert Frost references—I’ll instead leave you to your grieving, and hope that this image of a corgi trying to eat peanut butter cheers you up.