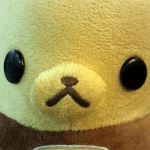 If you’re even the smallest fan of casual gaming, then you’ve probably heard of Triple Town before: the unbelievably addictive match-three game from Spry Fox. If you somehow haven’t, I would ask my girlfriend to tell you all about how much fun it is, but she barely stops playing it long enough to really speak to me anymore, so I guess you’re just going to have to take my word for it. This game is pretty awesome.

In the latest update to Triple Town, Spry Fox has added a brand new game mode called Lakes (Classic), to make that upgrade-focused match-three gameplay even more strategic. Based on a similar game variant in the Kindle version of Triple Town, the new Lakes mode allows players to tactically place water blocks anywhere on the board to keep those pesky ninja bears at bay: because anyone who’s anyone knows that ninja bears absolutely despise lakes. What’s cool about this is that you can then build on top of these lake blocks as you normally would, so they sort of function as a placeholder of sorts.

In addition to the new game mode, Triple Town players can now also purchase a new spring theme for $0.99, which changes the classic look and feel of the objects in the game to make them more spring-timey. Among these new changes, you’ll see some cherry blossom trees with pink leaves, shrubs with budding flowers, and even the new lake blocks will become a slightly lighter shade of blue. It also seems to change the colors of the game’s cathedrals from red to green, because everyone knows that cathedrals tend to bloom this time of year.

How Rage of Bahamut Monetizes

Star Command gets an interstellar release date of May 2