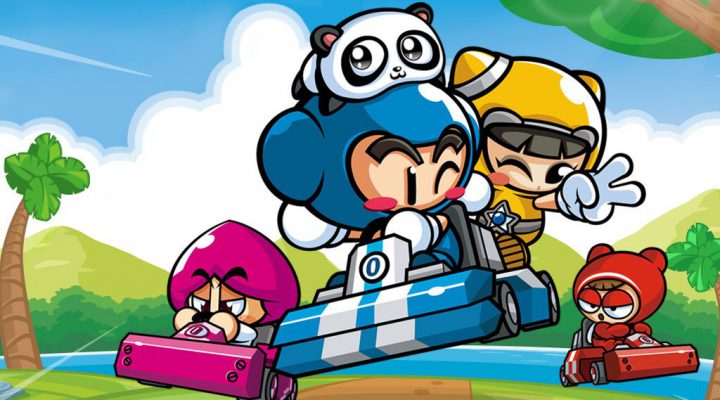 United Front games have teamed up with Nexon America for a new free-to-play game, it seems. Besides the fact that it’s scheduled for 2015, that’s basically all we know. We know a little bit more about the companies themselves, however, which gives us an educated guess as to what the two are planning.

United Front was the developer behind Sleeping Dogs for Square Enix a few years ago: a fantastic open-world action game set in the streets of Hong Kong. That’s likely their best-known hit, but prior to handling undercover cops and gun-runners, the team had a more whimsical history.

In addition to other notable free-to-play games, Nexon is also the company behind KartRider. While not as successful in the West, KartRider has been a big hit in the company’s homeland of South Korea. It’s even popular enough to have televised, competitive play, apparently. And even we enjoyed its Facebook iteration.

Is it a coincidence that two companies notable for designing kart racers are teaming up – so soon after Mario Kart 8’s roaring success, no less? Maybe, but it’s the most likely scenario we can imagine right now.

Nexon’s other upcoming free-to-play game is a quasi-goofball first-person shooter called Dirty Bomb, so I suppose anything is possible.