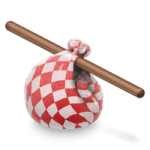 Since its inception, the Humble Bundle has increasingly become the hub for the “who’s who” of indie gaming, offering oodles of great games for a set-your-own-price point you just can’t resist. And personally, during the release of Humble Bundle IV, I thought it couldn’t get any better (I mean,come on,Bit.Trip Runner and Machinarium!?). How foolish of me. How very, very foolish.

In true oneupsman fashion, Humble Bundle V has brought together some of the industry’s most exciting indie and not-so-indie games for a fire sale the likes of which the internet has never seen. As is customary with Humble Bundles, you can pay whatever price you like, but if you pay more than the average you’ll score a sweet bonus game.

If you’ve made it to the end of this article, shame on you! This deal won’t last forever. Be sure to visit humblebundle.com to check it out for yourself before it disappears. And remember, pay above the average (currently sitting at 7.14) to join the 77,000 others (and climbing) who’ve scooped all these games for criminally cheap.