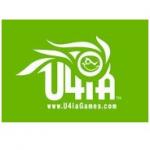 It may have only been announced last week, but new social games studio U4iA already has some pretty lofty ambitions: to overtake Call of Duty as the pre-eminent shooter on the market.

In an interview with GamesIndustry.biz (free registration required), U4iA co-founder Dusty Welch, who was formerly head of publishing at Activision and helped launch Call of Duty in the first place, revealed the studio’s plans.

“I think you look at my track record of knocking off the established players and you can imagine that my goal for U4iA is to once again dethrone the established players, across the spectrum, across the space and allow gamers to again unite and experience the best consumer proposition that’s available, and usher in a new genre experience,” he explained. “That’s what U4iA is going to provide.”

Few details about the studio’s first unnamed project have been announced. In the interview, Welch described the browser-based game as a “AAA, first person shooter gaming experience.” Meanwhile, when the studio was first announced its debut game was described as an “online-only, hardcore freemium, first-person social game.”