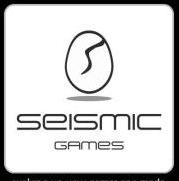 Yet another group of talented game developers have banded together to start a social games studio, this time in the form of the just-announced Seismic Games, which features former employees of Pandemic Studios, Activision, and Vivendi Universal.

Co-founders Greg Borrud, Eric Gewirtz, and Chris Miller — CEO, CCO, and President, respectively — all have experience working on console games like the Star Wars: Battlefront series, The Saboteur, and Lord of the Rings: Conquest. Details on the studio’s first release aren’t yet available, but it sounds as though the team at Seismic will be pulling from their console experience.

“Our games are character-focused and highly customized, igniting a new wave of players looking for more sophisticated narrative and deeper engagement from their experiences online,” explains the Seismic website. “User-generated and real-time content also plays a central role in the gameplay, as do branded and professional entertainment partnerships which connect online and offline opportunities to audiences enjoying the game.”

Seismic’s first game is expected to launch in the first quarter of 2012. You can follow the company on Facebook here.

Arkadium teams up with Microsoft for casual game partnership