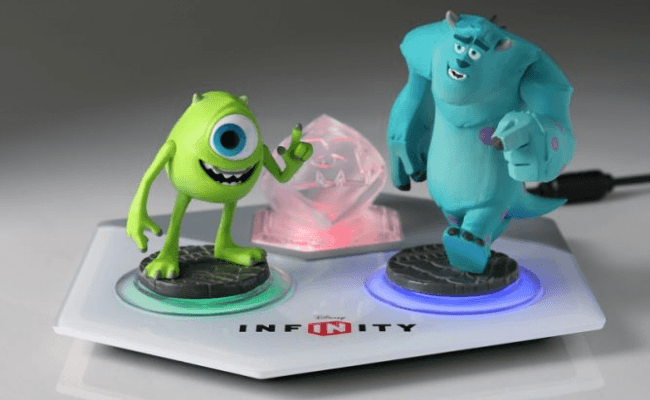 The Disney Infinity news just keeps on coming. First it was revealed that a play set based on Cars is in the works, and now Disney Interactive has shared with us several screenshots of the in-game world based on Monsters University. If you thought the college experience was wildly different for monsters and humans, prepare to have your mind blown.

Disney also released screenshots of the physical figures that will grant players access to the Monsters University world, along with some examples of what’s possible in Disney Infinity’s Toy Box mode. One image shows Sulley from Monsters University racing against Buzz Lightyear and Davy Jones, which sounds very reminiscent of a showdown children would argue about on the playground.

When Disney Infinity was revealed, it was announced that Monsters University would be a part of the starter pack. As such, everyone who picks up the game can expect to get their hands on the physical Mike and Sulley figures (pictured below), as well as the chance to run around the virtual schoolyard and cause all sorts of monster-ific mayhem.

We’ve included the best of the best screenshots below, and trust us when we say that it wasn’t an easy choice. 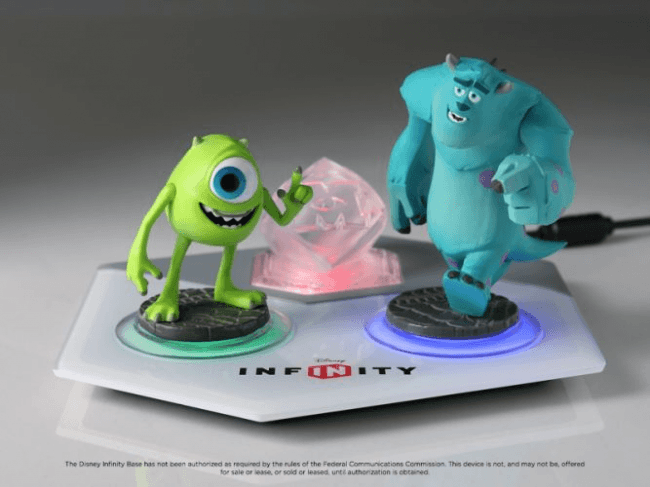 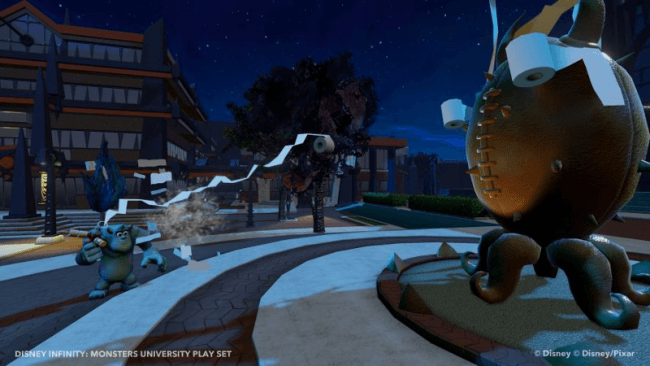 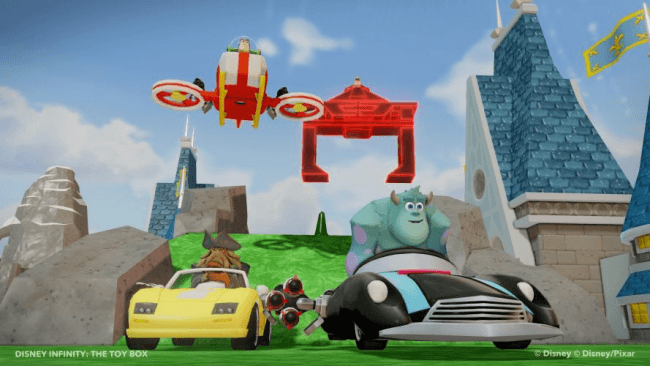