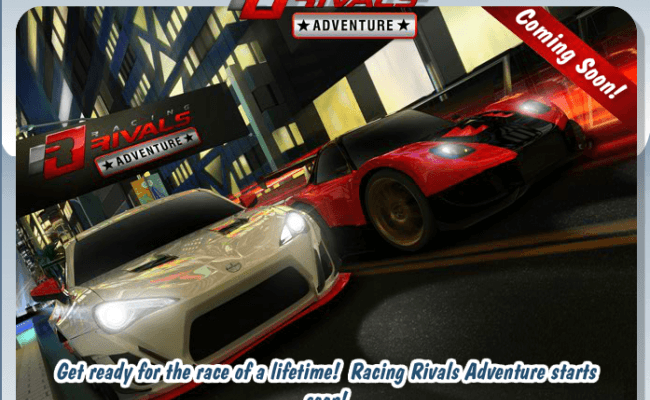 Cie Games’ Racing Rivals has already sped its way to the top of the App Store charts after its release last month, quickly becoming the number one racing game in 47 countries. But I’m sure it still couldn’t hurt to get some of Car Town‘s some-odd 65 million lifetime players in on all of the drag racing action as well!

In a cool new cross-promotional game event, Cie Games is celebrating the recent launch and success of Racing Rivals by adding a brand new adventure to their popular Facebook game, Car Town. In the new “Racing Rivals Adventure,” Car Town players will be able to win a number of exclusive prizes by completing the speedy bonus journey, in addition to designing their own Racing Rivals car for a chance at winning 100 Blue Points to be used in Car Town.

Cie Games also says that there will be other opportunities for Car Town players to unlock exclusive awards that can be redeemed in Racing Rivals itself. I don’t know about you, but that sure sounds like a pretty good incentive to get into a brand new game if I’ve ever heard one! Racing Rivals can be downloaded for free right now on the App Store, while Car Town and its new “Racing Rivals Adventure” update can be played on Facebook. 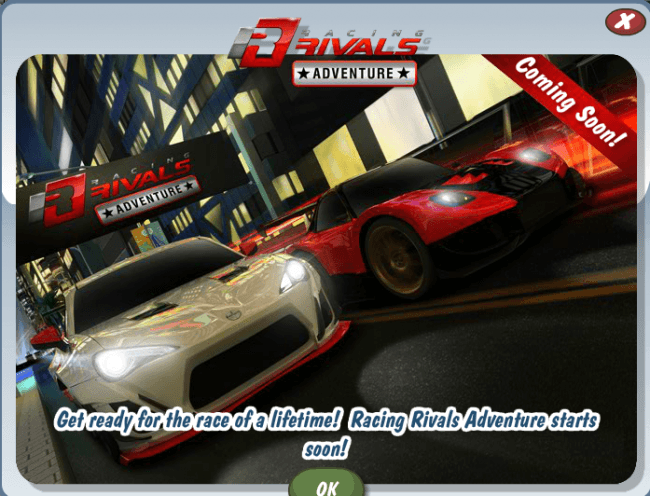