New on Facebook: Epic Fighters, Legacy of a Thousand Suns 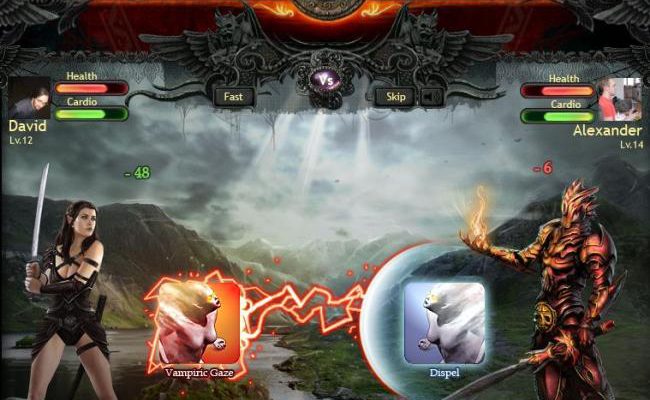 The age of the farm on Facebook is dead. The time of dungeons and dragons is on.

“War has divided the land and it is now up to you to create an Epic Fighter to restore harmony. Choose between Human, Forest Elf, Dark Elf and Undead races. Customize your warrior with an array of options including weapons, armor, helmets and more. Challenge friends to a duel or train with them in Guilds to increase your experience. The time has come for a hero to save the mystical realm.”

Once you distinguish between a forest elf and a dark elf, you’re in Dungeon and Dragons and Lord of the Rings land. 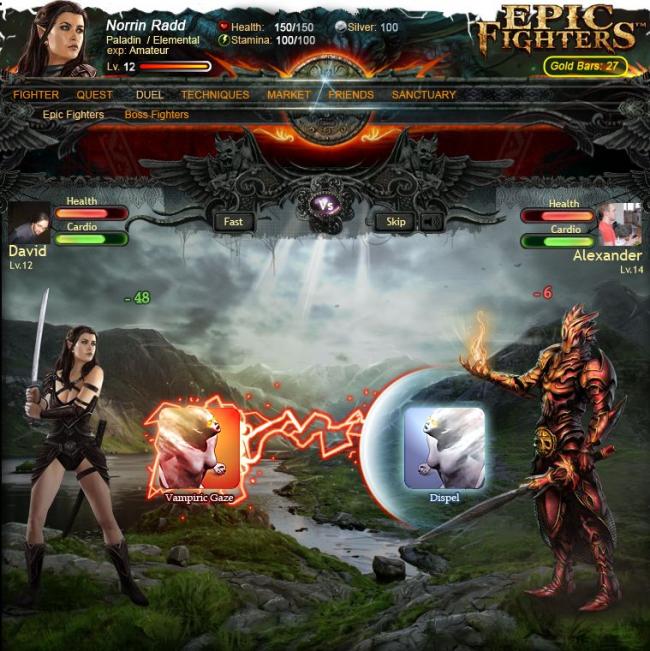 Meanwhile, our friends up Interstate 5 in Sacramento, 5th Planet Games, have released their latest Facebook game, and it has a very long title: Legacy of a Thousand Suns.

The game has a sci-fi theme fitting for a game developed by a company named after the 5th planet:

“Old rivals bearing powerful new technologies have declared war on the Sian Empire. Princess Illaria’s enemies are hunting for her – and if she falls into their clutches the empire will be doomed. Prove your skill as a pilot and warrior by defeating threats across the stars. Gather equipment, from lavish uniforms to imposing battlesuits and powerful laser rifles. Battle interstellar dictators, cyborgs, robots, monsters, aliens, and spaceships.”

Interestingly, the game warns of its mature sci-fi theme that may not be suitable for those under 18. That, of course, makes me curious, since I never really think of sci-fi needed a mature warning.

It does bring up the question: As more games are released on Facebook that have more mature, non cake baking, plant seeding themes, does Facebook soon have to police itself and have a rating system like you see in movies?

Be first to play Epic Fighters.

Be first to play Legacy of a Thousand Suns.

Could this be the launch of the fabled new Facebook Games Portal?