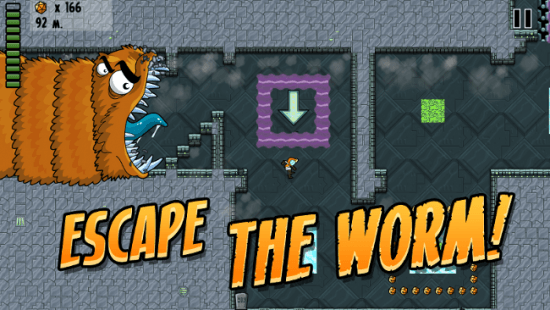 SO. MANY. GAMES.  Wednesday nights always offer up a cornucopia of great titles for iPhone and iPad gamers, but tonight, the cup officially floweth over.

We normally try to highlight the top four new iOS games each Wednesday to help you sort through the pile, but for the first time ever we couldn’t contain ourselves to only four.  If you’re looking for a way to spend the weekend it looks like you’ll have ample opportunity to get your game on, from long-awaited releases like Year Walk to surprises like Hell Yeah! Pocket Inferno and everything in between.

Year Walk
Do you enjoy games by indie developer Simogo, like Beat Sneak Bandit and Bumpy Road?  Do you also enjoy brain-melting weirdness?  Then you’ve probably been counting the days until you could play Simogo’s latest release, Year Walk.  And you can stop counting – it comes out tonight!

Spunk and Moxie
A fairly polished-looking puzzle platformer, Spunk and Moxie has something going for it that no other game tonight does – the promise of a $1000 cash prize to the first player who gets all 30 stars.  How’s that for early adopter incentive?

The Gods: Rebellion
You know what the App Store doesn’t have enough of?  Games that are trying to be God of War.  And while yes, The Gods: Rebellion looks far from original, it does look incredibly polished.  Fingers crossed that this is the mobile action title that iOS gamers have been waiting for.

Worm Run
Remember the frenzied fun of trying to outrun hellish demons in Hook Champ?  Trade in your grappling hook for a pair of rocket boots, and those demons for a giant sandworm a la Tremors, and you’ll have a pretty good idea of what Worm Run is all about.

Gun Bros 2
When the original Gun Bros launched back in 2010, it showed us that not only could a twin stick shooter be freemium, but that freemium games could successfully blend their business model into gun-crazy action mayhem.  Will tonight’s sequel build on that tradition?  Stay tuned for our review to find out! 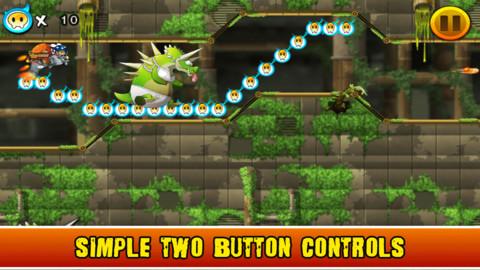 Hell Yeah! Pocket Inferno
No Wednesday night would be complete without a big surprise, and tonight’s comes courtesy of SEGA.  The company is releasing a mobile spin-off to their earlier console and desktop hit Hell Yeah! Wrath of the Dead Rabbit, and while we don’t know too much about it just yet, the description is promising “two button simplicity.”  Here’s to hoping that means a Rayman Jungle Run level of accessibility and fun.