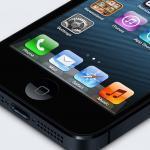 This week’s new iOS releases are dominated by just two words: Stan Lee.  It’s not that there aren’t plenty of great games coming out this week (just take a look at the list below to see what I mean), but when Stan Lee is involved in a game, you know it’s going to be something special.

What kind of special that is, though, is entirely unknown. And that’s what makes it so much fun.  Will the debut of his iOS game be Silver Age genius?  Or just more of the kooky crap he’s been pushing out for the last few decades (Stripperella, Mosaic, etc..)?  Tonight, the mystery will be solved – but only if we can pull ourselves away from all of these other great releases to dive into that one too!

Real Boxing – From Mike Tyson’s Punch-Out to Fight Night, boxing and video games have proven to be a pretty outstanding mix.  Tonight, we’ll see if that mix can be just as exciting on mobile devices, as Vivid Games hotly-anticipated punchfest makes its debut.

Verticus – Love Spider-Man?  How about the X-Men?  Iron Man?  The Hulk?  Stan Lee had his hand in creating all of them.  His next hero, though, isn’t making a debut in comics – he’s doing it right here on mobile devices.  Verticus looks a little like Rez, but also a little like AaaaaAAaaaAAAaaAAAAaAAAAA!!! — so it should be interesting to see how this one really plays out.

MicroMiners – Drawing inspiration from the predecessor to Minecraft of all things, MicroMiners looks like it might just scratch an indie-sized Dig Dug-shaped itch.  We’ll find out later today if that last sentence makes any sense or not.

Gear Jack – A little bit of jumping, a little bit of sliding, and a whole lot of cute robot set the stage for the latest game to be published under the Forest Moon Games banner.  Can you find your friends on a spaceship after a black hole incident left them a little loopy in the head?

30% off everything at Big Fish Games – TODAY ONLY!