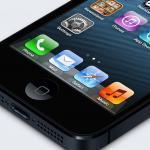 I’ve really got to hand it to all of the characters that we play as in our favorite mobile games: it takes some serious energy and stamina to do the things they do along their respective adventures! I mean, I get exhausted just sitting here each day and writing about video games. I couldn’t imagine how tired I would be if I was the one actually performing all of the actions inside of a mobile game myself!

So I hope everyone took a power nap this afternoon, because you’re going to need all of the energy you can muster to take on tonight’s new batch of action-packed mobile experiences! To start with, you’ll be hopping across entire planets and galaxies to rescue some space chicks in serious distress, before heading back down to earth to show off your skills on a skateboard and the soccer field. And then before you finally call it a night, you’ll want to call up a few of your friends and challenge them to a riveting iOS version of a fan favorite tabletop board game.

Space Chicks – Taking the gravity-based gameplay of out-of-this-atmosphere mobile hits like Angry Birds Space and Rabbids Big Bang, Space Chicks from Crescent Moon Games is looking to put its own unique spin on addictive gravitational gameplay. In the game, you’ll be leaping across the solar system and running along the surface of countless planets, all in the name of rescuing some space babes in distress. Gamezebo’s own Editor-in-Chief Jim Squires has already predicted this game to be your next mobile obsession in the vein of mobile powerhouses like Temple Run and Jetpack Joyride, and that should be more than enough reason to put this one into your mobile games orbit tonight!

Touchgrind Skate 2 – I tried to go skateboarding down my driveway once. Long story short, it didn’t end well. But luckily I’ll be able to pull off all of the sickest skateboarding tricks that I want tonight with Touchgrind Skate 2 from Illusion Labs, the highly stylized sequel to one of the most unique sports games to ever grace the mobile platform. What’s so cool about the Touchgrind Skate franchise is that you control everything in the game by placing two fingers on a wonderfully rendered skateboard on screen, almost in the way you would with those old tabletop skateboard toys from the 90s. Touchgrind Skate 2 looks to take everything that made the first game such a blast to play and kick it up a notch, featuring beautiful graphics, fine-tuned physics, and four different game modes to get your kickflips on with ease.

Flick Kick Football Legends – PikPok has enjoyed a nice history of success with their quirky Flick Kick sports series of mobile games in the past, but tonight they’re going to be taking the highly accessible and incredibly quirky style of gameplay to the next level with Flick Kick Football Legends. Promising more diverse on-field gameplay than ever before, not to mention an extremely rich and comic book-style presentation inspiring the character designs and animations, this soccer game puts players directly on the field, and allows them to pass, tackle, and score the winning goal all within a unique ground perspective. And also, the wonderfully retro and over-the-top hairstyles on your teammates and opponents are just too great not to check out.

Lords of Waterdeep – Nothing like a good old turn-based strategy game to round out your evening! This one comes to us from renowned developer Playdek, and centers on the 2013 Origins Awards recipient for Best Board Game, Lords of Waterdeep. The game’s story takes place in a harrowing city that’s crawling with masked members of a secret society and just as many shady back alley transactions and quest opportunities. Featuring both pass-and-play and asynchronous multiplayer for up to five people, one simple game can be played in a mere 8 rounds, but don’t let that fool you into thinking the strategy involved in coming out the victor is anything shy of completely engrossing.

The Room Two is coming December 12