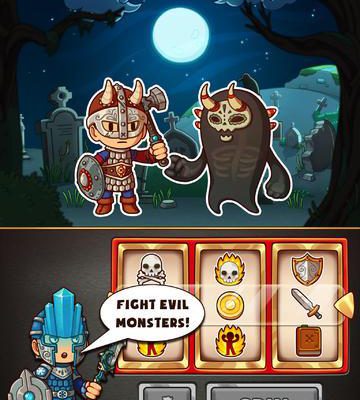 I would like to ask everyone who may be reading these brief introductory paragraphs right now to kindly disregard the frantic pace with which I am typing these words. For you see, the faster I get this intro typed and formatted into my computer, then the faster I can return to my usual Wednesday night activity: staring at the wall and twiddling my thumbs until the clock strikes midnight, when I can finally indulge myself in some great new mobile games!

So I hope you won’t mind if these opening paragraphs feel rushed in any way, because the more I think about playing a platform game that has you running and jumping along dazzling rings in a bright and vibrant circus tent, or hacking and slashing my way through a pixelated ninja universe, or even hoping my slot machine luck will get me to the end of an epic RPG adventure, then the more anxious I get about finishing this article and moving on to actually playing the games!

Ring Run Circus – Anyone who’s up-to-date on their App Store chronology will know that, in recent years, it’s become clear that true platform games have fallen by the wayside to their endless runner brethren; and as such, a real-deal platform game on a mobile device has become something of an odd occurrence in the gaming industry today. But seeing a self-proclaimed “ringformer” has become an ever bigger oddity: until tonight that is! Combining a love for lighthearted platform adventures with the thrilling atmosphere of a three-ring circus, Ring Run Circus has your colorful performers traipsing across a number of challenging ring obstacle courses that dangle high above the ground. Let’s just hope this thrill-seeking circus spared no expense when it came to purchasing the safety nets!

Nakama – At first glance, Nakama might seem like your average sidescrolling hack-n-slash adventure. But once you actually get to see all of the frantic sword-slashing gameplay in action for yourself, and gander at the frenzy of tiny pixelated characters (both friend and foe) that constantly pepper the screen amidst your unapologetic ninja rampage, then it won’t be long before you find yourself running home to tell your sensei about this high-adrenaline game as fast as you can. From everything we’ve seen so far, Nakama really goes to show that one can never have one too many ninja games: and as long as said ninja games are brutally fast, and pack a seriously mean shuriken throw, then what more could us young grasshoppers really ask for? 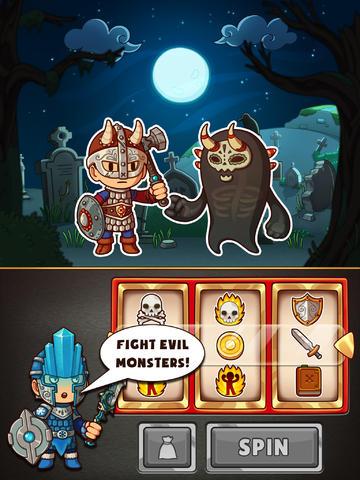 Spin Hero – More and more these days, we’ve been seeing the core concept of slot machines being incorporated into our favorite video game genres, from role playing games to card collecting games (and nearly everything in between, it seems). With Spin Hero, those slots take center stage in a wonderfully quirky adventure with a highly stylized presentation. I think the slot-machine-role-playing combo also holds the current record for the shortest and most straight-to-the-point App Store description I’ve ever seen, reading in its entirety: “You are the hero. You are the One. Your heart craves for victory. Your journey awaits. Take your sword. Crush enemy hoardes. Defeat the Dragon! Loot the Treasure! Gain the glory! SPIN TO WIN!” Alright then, let’s get to it! 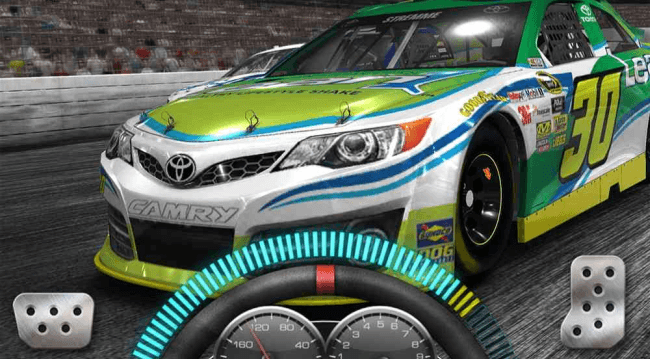 NASCAR: Redline – Calling all fans of Drag Racing and CSR Racing, have we got the next great installment of car-infused mobile goodness for you! In NASCAR: Redline, players will start out as a rookie NASCAR driver, as they work their way up the ranks towards becoming a grand champion and household name in the racing community, and earning all of the additional perks that come with such an esteemed recognition: which I only assume would include getting some seriously awesome tricked-out rides with the tastiest cereal logos slapped right on the side of your car by advertisers. We’ll have to wait until tonight to see what kinds of NASCAR racing goodness that Redline really has in store, but if all goes how I hope it will, then I’ll be the one driving around in the Frosted Mini Wheats car!