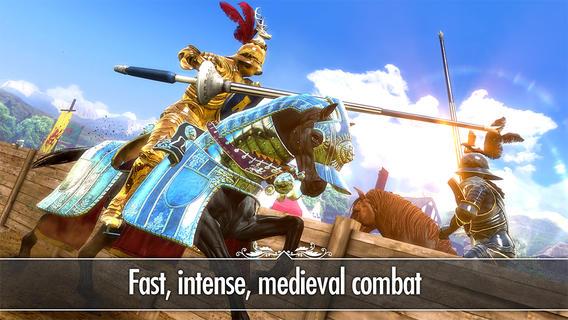 If I had to take four of tonight’s most anticipated new mobile games and wind their premises together into one descriptive sentence that outlines what I’ll be doing for the rest of my night, this is how I would do it: “After eating a champion’s meal at Chipotle, I quickly mounted my jousting steed, rode through a randomly generated dungeon that was practically teeming with loot, and joined up with my little squid friend to determine the fate of the world.”

Now if you think all of that sounds just a little bit weird, then congratulations: you are a very good reader! But regardless of how strange these four games might sound when strung together like that, there’s simply no denying how much fun each one of them looks in their very own right. So clear whatever plans you may have had for tonight, and get ready to create your own adventure with all of the loveable new weirdness that’s headed our way onto the App Store tonight!

Joust Legend – Remember that old arcade game called Joust from the 80s, where players would ride atop fearless ostriches and spear the pixels out of one another with pointy lances in exhilarating flying jousting bouts? Well Joust Legend from Rebellion Games is set to show us just how far the oft-forgotten jousting genre of video games has come since then, with one of the most surprising sources of console-quality graphics we’ve ever seen in a mobile game. Promising fast, intense medieval combat in a number of breathtakingly gorgeous 3D environments, I think that partaking in heated jousting spouts online against your friends might very well be the next big thing to take the App Store by storm. The only thing this game doesn’t have is giant flying ostriches, but hey, I guess we can’t ask for everything now can we? 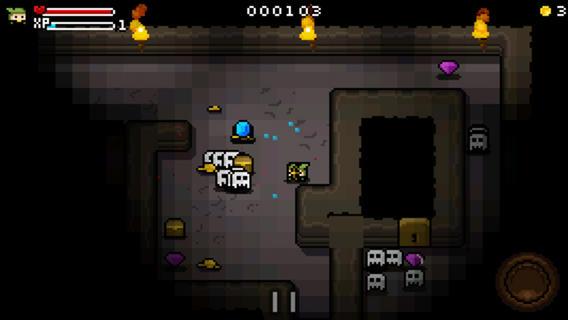 Heroes of Loot – The blisteringly fast-paced and wonderfully retro Gunslugs and Meganoid easily rank right up there near the top of my list of favorite mobile games of all time. So when I heard that developer OrangePixel was taking on the classic dungeon-crawling formula of the legendary Gauntlet tonight with Heroes of Loot, I don’t think it will be too hard for anyone to imagine my excitement (here’s a hint: it involves lots of jumping around and flailing of arm muscles). And with an infinite number of randomly generated dungeons to explore, not to mention secret areas, tons of loot, and four different character classes including Elf, Warrior, Wizard, and Valkyrie, it’s clear that Heroes of Loot is going to do games like Gauntlet more than proud. 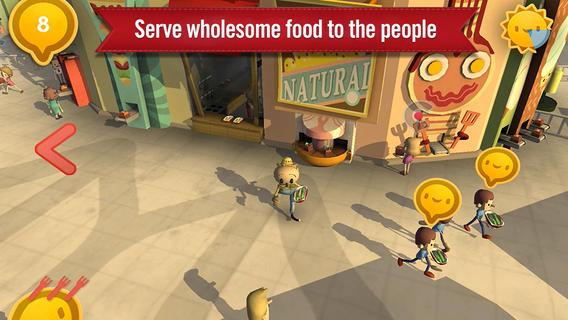 Chipotle Scarecrow – I’ve seen my fair share of licensed mobile games during my time here at Gamezebo, but now that popular restaurant chain Chipotle is getting in on the mix tonight, I think all other bets are off – especially when you figure that Chipotle will be giving away a FREE BURRITO through a special “buy-one-get-one” deal to the first million players who unlock and earn 3 stars on every level in the game. That’s right: play a mobile game, win a real life burrito. It’s as easy as that. But the really cool thing about Chipotle Scarecrow is that the game actually looks like a seriously awesome good time, free burrito or not, and renowned developer Moonbot Studios has crafted a wonderfully rich 3D world, full of quirky characters, eye-popping environments, and fun variations on action-adventure gameplay. Also, FREE BURRITO. 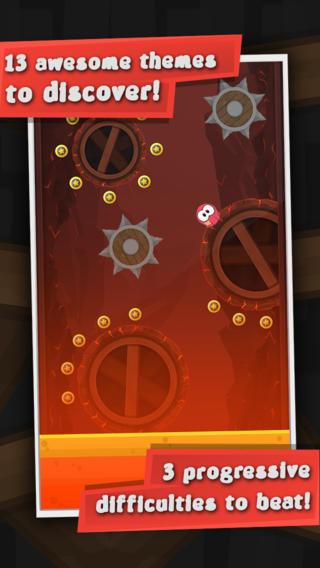 Squid Up – In Squid Up, players will take their adorably squishy protagonist on an epic journey from the ocean floor, all the way to the edge of the universe in order to salvage whatever is left of the world we once knew. Sounds pretty intense, doesn’t it? And who ever thought that the fate of the entire world would one day come down to a single pink squid? Well to be honest, I guess I sort of saw a few signs. But I digress: Squid Up combines 20 different bright and colorful environments for you to maneuver through as you upgrade the powers of your little squid friend, and snag as much floating treasure as you can! Because even though you’ve got the fate of the world in your hands, I’ve heard that squids are never ones to pass up on the prospect of free treasure.