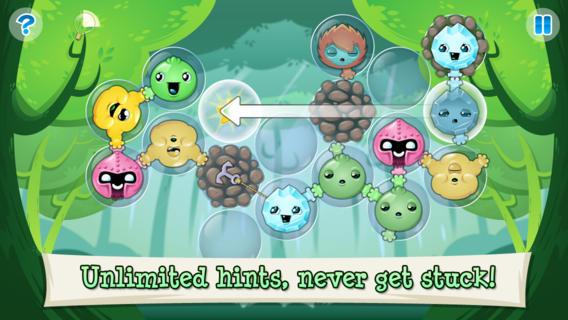 In a time when mobile game developers are able to do some pretty amazing things with graphics engines to make insanely gritty, and highly lifelike representations of real-life themes like racing and war, one can’t help but prepare themself for all of the hyper-realistic new games that are always just waiting around the next bend in the mobile road. Well guess what? All of the coolest looking new mobile games on the forecast tonight are the complete opposite of that, and trade in grittiness for oodles of cuteness!

Almost all of the new games that are on our radar for tonight feature some sort of adorable little creature that’s so sickeningly cute it almost makes me puke – and I mean that in the best way possible, of course, because I tend to throw up rainbows and puppies! So prepare to feast your eyeballs on all of the delicious cuteness that’s headed your way on the App Store tonight, and I’ll bet you a handful of cuddly Peablins that at least one of these games is going to make you say “Awwww!”

Joining Hands 2 – If watching Titanic has taught us anything over the past couple of years, it’s that there’s truly nothing more powerful than holding onto someone’s hand (“I’ll never let go, Jack!”). But it turns out that holding people’s hands can also play a huge role in mobile puzzle games as well, as we’re about to find out tonight in the upcoming Joining Hands 2 by 10tons. This long-awaited sequel marks the return of those adorable little ball creatures known as the Peablins, as you’ll need to solve over 140 fun puzzles by making sure that every Peablin on the game board is holding hands with all the other Peablins that surround them. The original Joining Hands game scored a near-perfect review from us back in the summer of 2011, and so we have some pretty high hopes that this one will also hit all the major categories that we look for in an awesome mobile puzzle game: “challenging,” “unique,” and “adorable.”

Tiny Missiles – What happens when you take the old-school arcade classic Missile Command and combine it with the modern mobile classic Fruit Ninja? Why, you get Tiny Missiles from Absurdly Logical, that’s what! The game’s retro presentation echoes that of Missile Command in spades, but instead of shooting unidentified pixelated objects, you’ll be shooting all sorts of delicious pixelated fruit as they get thrown across the sky! You’ll start out with four different missile launchers spread across the bottom of the screen, and much like Fruit Ninja‘s core fundamentals, you’ll have to avoid shooting the many hand grenades and flash bang grenades that get thrown into the mix as well. Luckily, the light RPG elements in Tiny Missiles will have you leveling up your guns so you can hone in on your targeting skills and keep those pixelated fruit juices constantly flowing! 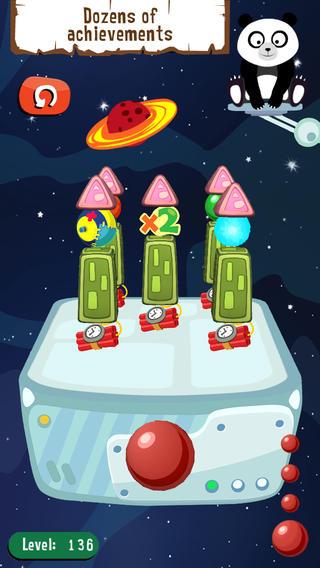 Perfect Hit! – One thing that never seems to get old no matter how many times we’ve done it before is throwing balls at stuff with the sole purpose of knocking everything down. Perfect Hit! takes this basic premise of knocking things over and paints it up in a wonderfully colorful and glossy sheen, where players will use snappy “aim & flick” controls seen in games like Can Knockdown to knock over toy building blocks that are stacked on cluttered tabletops. You’ll throw everything from baseballs to bowling balls, and utilize a number of explosive special powers as you move through all sorts of fun environments like Deep Space and Under the Sea. Your sidekick in the game is also a panda, so how could you not want to play this one now? 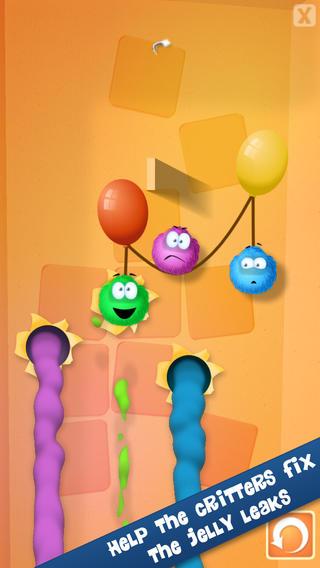 Fix the Leaks – Fix the leaks. Mow the lawn. Wash the windows. Mop the floor, your uncle had an accident again. Stop telling me what to do, mobile game titles! I’m just kidding, of course, because when you’ve got me playing a game as bright and inventive as Fix the Leaks, I will gladly do whatever basic action the app name requires of me, if it means I get to partake in some more awesome puzzling gameplay. In Fix the Leaks, players will need to plug up a bunch of leaks in the wall using some fuzzy Chuzzle-like creatures in a series of environments that look like they’re taken straight out of a Cut the Rope game. We just won’t mention all of the multi-colored goo that’s constantly trying to pour out of said leaks, and what those mysterious substances could possibly be made of.