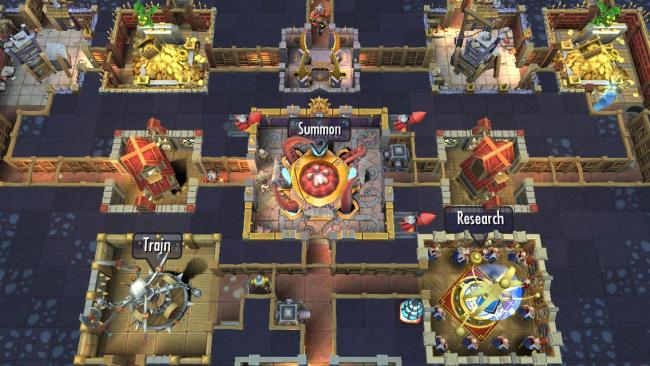 Do you ever find yourself getting extremely sidetracked by the prospect of new mobile games? I sure know that I do. For instance, I’ve been trying to write this introductory paragraph for a good hour and a half right now, but I keep getting completely derailed by watching gameplay videos of all the great new titles that I’ll be able to play for myself in just a few short hours.

But I guess if you saw the great lineup of new games headed to the iOS App Store tonight, then you probably wouldn’t blame me. After all, we’ve got a beautiful mobile reimagining of a classic from the 90s, the very first mobile game by a world-renowned filmmaker, and let’s not forget a LEGO spin-off game that’s aiming to tackle a completely new genre. The only good thing about getting so horribly sidetracked is that at least it makes the time go by just a little bit faster until all the new games start turning up to play!

Dungeon Keeper – Well it’s certainly been a very long time coming, but tonight we will finally see the classic Dungeon Keeper game from the 1990s get its huge mobile reboot, courtesy of Electronic Arts and Mythic Studio. Beloved by old-school gamers far and wide, Dungeon Keeper allows players to take control of a demon overlord named Horny and manage troops of trolls, warlocks, and everything in between as they build up their ultimate underground lair. And as if being an evil overlord itself wasn’t fun enough, you’ve also got the beautifully rendered visuals to really bring the whole devilish experience to new life. Let’s see the 1990s do that!

Bloodstroke – The very first mobile game from renowned action filmmaker John Woo, your job in Bloodstroke is actually quite simple: as Elite Private Security Agent, Mai Lee (A.K.A. “Lotus”), you need to protect your client, Dr. Koorse, at all costs. And of course, considering that this is a John Woo game we’re talking about here, that’s going to mean slaying waves upon waves of enemies and spilling their blood all over the streets. But aside from the exhilarating action-based gameplay, the biggest drawing point of Bloodstroke is in the game’s serene black-and-white brushstroke visuals: which only allows all of that red blood to really pop off the screen even more! 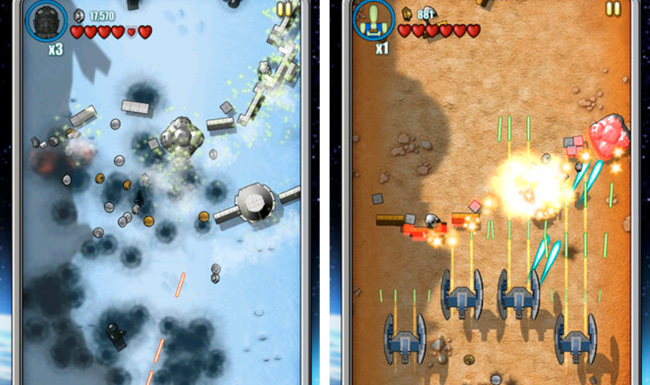 LEGO Star Wars: Microfighters – Now here’s a game that no one was expecting: a new LEGO Star Wars game without the traditional 3D action-adventure gameplay. That’s right, tonight’s Microfighters from Warner Bros. is actually a top-down sidescrolling shooter that lets players pilot a number of iconic Star Wars airships, from TIE fighter, to the X-wing, and all the way to the Millennium Falcon. Needless to say, the game looks like it checks off every box for an addicting arcade shooter, full of 18 different levels, 8 epic boss fights, and of course, the little LEGO nuances like the visual style and stud collectables that only add to the overall charm. 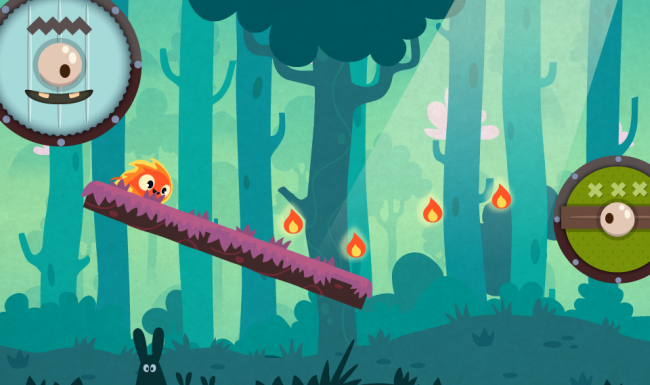 Pyro Jump – In this game, players take control of a little flame named Pyro and guide him through 80 colorful platforming levels on a quest to confess his love for the beautiful Princess Paper. Uh, I don’t know what happens when you get to the end of the game, but I’m not so sure that Pyro should be giving up hugs to paper princesses. But either way, Pyro Jump looks challenging, lighthearted, and above all else, fun. There’s an interesting spinning mechanic that forms the foundation of the game as well, as you’ll need to make Pyro hop from various rotating discs in the environment to clear each perilous level.

Amazon will Conquer the Games Market

Star Wars: Assault Team is a thing, and it’s coming this spring