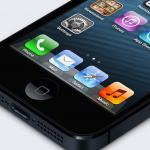 Two weeks ago Rovio released Bad Piggies to the App Store – and when Rovio releases a game, the rest of the mobile gaming world turns into a ghost town.  It’s like an old cowboy movie, when the mean ol’ desperados come to town and everybody scatters.  And just like in those movies, once it’s safe to come out, everybody floods back into the streets.

In case you’re having trouble following my metaphor, let me speak my point plainly – there are A LOT of games coming out tonight.  It’s like two weeks’ worth of pent up releases are all coming out at once, so gamers will have plenty to choose from.  Don’t believe us?  Just check out our top picks below.

Take Phoenix Wright, add humor, an 80’s sensibility, and plenty of (probably unwarranted) not guilty please, and you’ve got Devil’s Attorney in a nutshell.  I don’t want to set the bar too high, but this one might have game of the year written all over it.

While it’s less a game and more of a god-like planetary sandbox, Topia should offer up a farily unique and relaxing playground for the more creative among us.  Build up mountains, poke down valleys, and release different kinds of fauna into the world just to see what happens.  Consider this one an experiment in experimentation.

SEGA’s been flying high on their back catalog lately, and tonight’s release is no exception.  Based on the Dreamcast version, players will be able to hop behind the wheel of their very own cab as they race against the clock to get as many fares as they can.  Considering the quick-paced nature of Crazy Taxi, we can’t help but guess that this will be a great fit for mobile gamers.

We know, we know – it looks like a pretty clear rip-off of the console download Outland.  But since Ubisoft hasn’t seen fit to bring the real thing to mobile devices, we can’t really blame another developer for trying.  Will Polara be as good as its inspiration?  Download it tonight to find out.