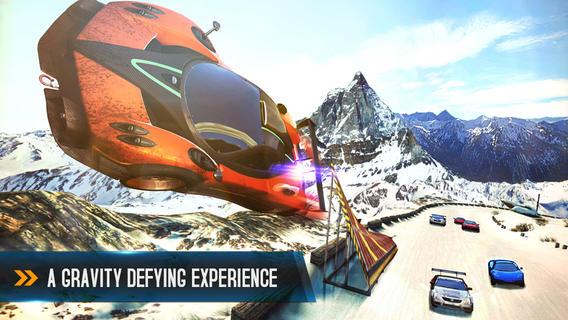 We’re almost at the point where we can count the remaining days of summer on both of our hands, and so it’s more important now than ever to make sure we live out each one of the next few days to the absolute fullest. And by absolute fullest, I mean crashing on the couch all day and playing some of the awesome new mobile games that are headed out onto the App Store tonight!

This week will have you spending your last summer days getting some serious air on the racetrack, meeting up with a bunch of your pixel pals online, smashing a swarm of pesky cop cars, and drawing a definitive line in the sand (or rather, drawing a line on the chalkboard). Do you have any guesses on what each of these new games might be? Well the good news for you is that the answers to all of your burning questions are only a simple line break away!

Asphalt 8: Airborne – Whenever a game series has been around long enough and has garnered enough success and fan adoration to reach an eighth installment in its franchise, then it’s probably pretty safe to say that the developers have been doing something right. Asphalt 8: Airborne from Gameloft certainly looks to be no exception, with a fresh and exciting new aerial spin added to the tried and true racing formula that’s had gamers speeding all over the world for seven games by now. I know I don’t even need to tell you how utterly amazing the graphics look in this one, and with 47 different cars to choose from, a massive Career Mode that spans 8 seasons and 180 in-game events, and many lush, exotic locations like Venice and Iceland to race through, I think we can all agree that the eighth time is definitely the charm with this one.

Indie Pixel – Indie Pixel is probably one of the more interesting takes on a multiplayer mobile game that we’ve seen in quite some time: mostly because everyone is in control of a single block pixel and the only way to communicate with each other is by frantically winking. You’ll also be surprised at how much character customization there is to a game that has you playing as a tiny white square. But while the overall premise works wonderfully for the addictive shape-building tasks you’ll be asked to perform in the game, I wouldn’t exactly recommend trying to communicate with others in real life solely through winking. That would just be a little too creepy. 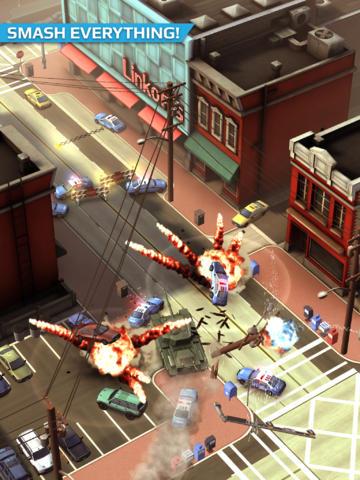 Smash Bandits – I like to think that I’m a pretty mild-tempered person most of the time. But no matter how calm we might be on a day to day basis, I think that deep down everyone just needs to smash things every now and then. Well luckily for us, the action-oriented Smash Bandits from the makers of Smash Cops is coming up on the horizon to let us release some of that pent-up aggression: by literally smashing just about everything in sight. From breakable scenery, to telephone poles that snap like twigs, to legions of wailing cop cars just waiting to be crunched into small metal cubes (it turns out that cops don’t like it too much when you smash things in public), nothing on the App Store will be safe tonight from your oncoming path of destructive smashing! 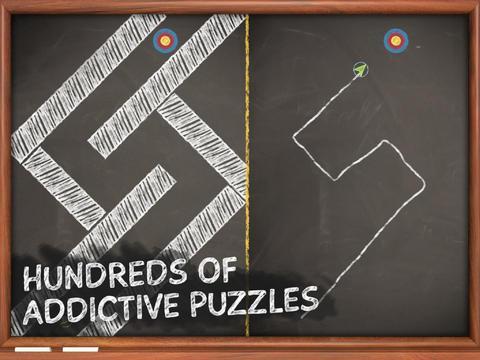 The Impossible Line – The latest head-scratching puzzler from Chillingo brings us back to those old foregone days of elementary school, when it was pouring raining outside, and we had to make our own fun inside the classroom during recess with nothing but a chalkboard and some dusty chalk in hand. Of course, the concept of The Impossible Line goes well beyond the simple chalkboard games I used to play back then, with over 200 challenging and even transforming obstacle courses that you’ll need to expertly navigate by using your finger as chalk to draw a constantly wavering and fluctuating line. I guess that’s where it gets that “impossible” name from, don’t you think?