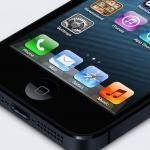 Have you ever thought about how funny it is that most of the video games we play these days are all about action? Whether it’s running, jumping, punching, questing, or hundreds of other things that involve various types of movement, the characters in our favorite games tend to always be on the go: which is kind of ironic in a way, considering that most of the time we’re controlling them with our butts firmly planted on a seat!

Well this week we’ve got plenty of new action-packed releases to stretch your gaming fingers: and all from the comfy cushions of your very own couch! From traveling through time in an epic JRPG journey, to showing off your stealthy ninja skills, there’s not a moment to waste on that silly thing called “rest” here. And of course, let’s not forget firing a deadly slingshot at your camping buddies as they flee in terror in a makeshift derby go-kart…

Across Age 2 – The day has finally arrived, travelers! Well, at least in a few hours it will. After years of showing the world what a true Japanese Retro Action RPG can be like on the mobile platform with the fantastic Across Age, FDG Entertainment has returned with the long-awaited and hugely anticipated sequel, Across Age 2. Featuring gorgeous 2D animated cutscenes, a sweeping narrative full of secrets, time travel, and 4 playable characters, and of course, massive boss fights that unfold to a stylish “J-Rock” soundtrack, this one is already shaping up to be a mobile RPG for the ages. And I’m not just saying that because gamers have already been waiting ages to finally get their hands on it!

Shadow Blade – At its core, Shadow Blade is a level-based action platformer with intuitive touchscreen controls and an intricate balance of combat and stealth gameplay. Oh yeah, and lots and lots of ninjas. In the game, players will take control of Kuro in his quest to become the next “Shadow Blade.” But as you might expect, this quest won’t be so easy, as standing between Kuro and his ultimate goal are 40 levels’ worth of deadly traps, enemy ninjas, frantic weapons, and even stealthy secrets to find. With a gorgeous 3D world that’s only heightened by the game’s smooth and fast-paced animations, there’s certainly nothing shadowy about the presentation of this one!

Fright Fight – Fright Fight from APPSolute Games is essentially the end result of what happens when you take some of the biggest ghouls and ghastly Halloween-esque creatures, and pit them in a deathmatch against one another, Super Smash Bros. style. The roster of fighters includes Kahn the Werewolf, Carmilla the Vampire, Grim the Reaper, and Hugo the Yeti, and each one has their own unique skill tree which you’ll be able to use to increase their abilities in a light RPG twist. But the biggest draw of Fright Fight comes in one form and one form alone: the real-time online multiplayer battles! Will you be ready for a seriously frightening Super Smash Bros. experience on mobile tonight?

Happy Tree Friends: Deadeye Derby – In Happy Tree Friends: Deadeye Derby, players will join the adorable little critters of the Happy Tree Friends universe as they pay a visit to Camp Pokeneyeout. But as you might have guessed, this isn’t your typical summer camp, as the main activity happens to involve squaring off against the other campers in real-time multiplayer bouts as you try and take them out with a deadly and upgradable slingshot. So if you really think about it, Deadeye Derby is kind of like a sick and twisted version of Angry Birds, but with way more death and bloodshed. Okay, I guess they’re really nothing alike.