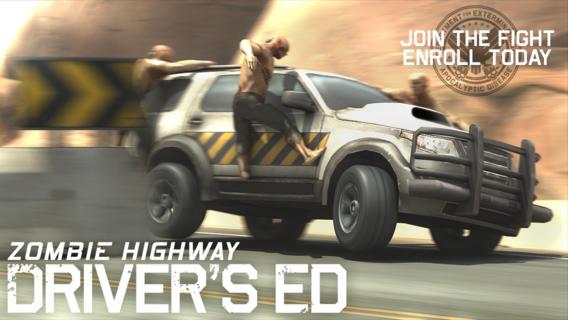 There’s nothing I love more than when all of the new iOS games coming up on the horizon neatly work together to form some common theme that I can write about in these two introductory paragraphs. Because when I can easily pick out a correlating theme, then that makes it all the more easier to finish writing this intro, which means I can get this article up and posted faster, and then go on my merry way to play some awesome new mobile games!

So what could this elusive gaming theme possibly be this week, might you ask? Well I am happy to announce that this theme happens to be, quite plain and simple, zombies. Yes, zombies! Tonight you’ll be shooting them in the heads, ramming into them with your car, and even rolling people over with a giant boulder of death (rendering said people dead and therefore increasing their chances of becoming zombies themselves one day!). So get ready to make some guttural zombie grunts and “Ughs” as you take on the undead in all of the new iOS games that are headed our way tonight!

2013: Infected Wars – Ah, the year 2013! At a time when mobile game downloads are at an ultimate high, and zombies and other undead sorts of creatures couldn’t be more present in popular culture, it would certainly seem like 2013 is the year of the horror shooter game on smartphones and tablets! A few weeks ago we had the first-person shooter The Drowning to help us hunt the undead, and now tonight we have 2013: Infected Wars to move that zombie-killing camera behind the shoulder in a third-person perspective akin to Resident Evil 4. Need we say more? Yes? Okay, so how about disturbingly realistic graphics, pitch-perfect aiming controls, wonderful zombie head-bursting physics, and of course, monstrous boss fights of epic proportions!

Zombie Highway: Driver’s Ed – See? I told you I wasn’t kidding about the whole zombie theme that’s going on tonight! A spin-off sequel of sorts to the undead arcade classic Zombie Highway, Zombie Highway: Driver’s Ed finds players once again enrolling in the global fight against the legions of undead, as they speed their way along the zombie-ridden roads and ram into every walker that crosses their path. The big difference here in Driver’s Ed is that stringing together kill combos is now an absolute key to surviving the zombie apocalypse with a high score in tow, as once simple mistakes like bumping into barriers and other non-zombie objects will result in resetting your combo meter back to zero. If only they had zombies covering my own Driver’s Ed road course back in high school, then maybe I wouldn’t have failed my driving test the first time! 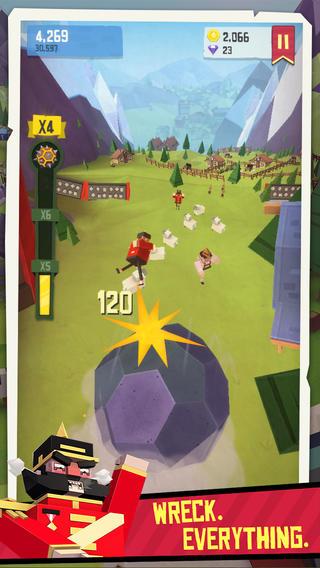 Giant Boulder of Death – I mean, how could you not want to play a game called Giant Boulder of Death? At first glance, the game would appear to fall in line behind other boulder-protagonist and environment-squashing adventures like Rock of Ages. However, upon closer inspection, you’ll realize that this deadly arcade game is coming to us from Adult Swim Games, the same twisted minds behind such gems as Robot Unicorn Attack 2 and Monsters Ate My Condo, and then you’ll start to really get an idea about what kind of giant death boulder we’re rolling with here. Featuring over 60 exhilarating levels that have you crushing everything from blocky people, to blocky beasts, to blocky buildings, it’s clear that no one is truly safe once this one gets set in motion on the App Store tonight: not even yetis or golden cows! 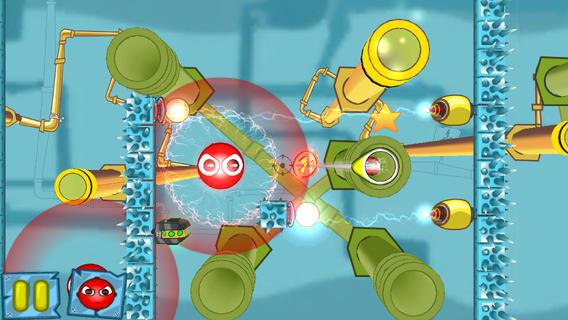 Fling Theory – Fling Theory from Coding Jar Studios is definitely the odd game out this week, because instead of undead zombies to ram or fleeing pedestrians to crush, this cutesy physics puzzler takes the high road and sticks to colorful characters and head-scratching environments to maneuver through: and we’re completely okay with that! You’ll be spending your break from the zombie apocalypse by directly interacting with physics, the school subject, by controlling different colored electrons in order to charge up your little atoms (who knew atoms had eyeballs and personalities?!) and create strategically placed magnetic fields to open up the way to safety. One part Cut the Rope, one part The Incredible Machine, and one part pure SCIENCE, this one should definitely get your electrons sparking up some excitement tonight.