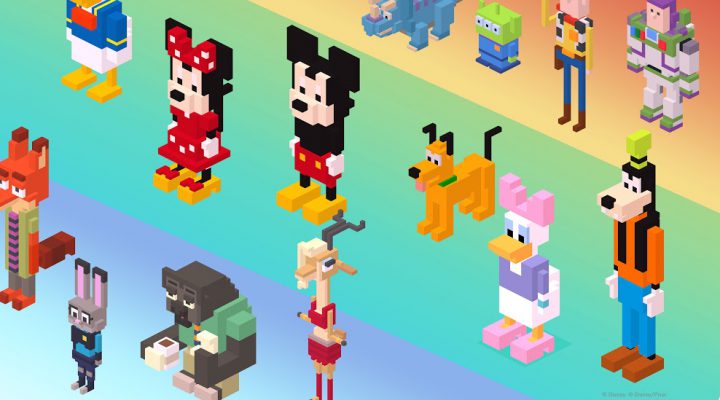 If you’re one of the 31 million people who has tried the Disney iteration on mobile classic Crossy Road, the Walt Disney Corp has been cooking up something special for you! Disney Consumer Products and Interactive Media has partnered with Moose Toys to create a new line of products. It’s the familiar faces you know and love in all of their 8-bit glory. Like Moose Toys’ other product lines – the ever-present Shopkins and Grossery Gang – if you’re a parent you’ll likely be hearing about it non-stop very soon. 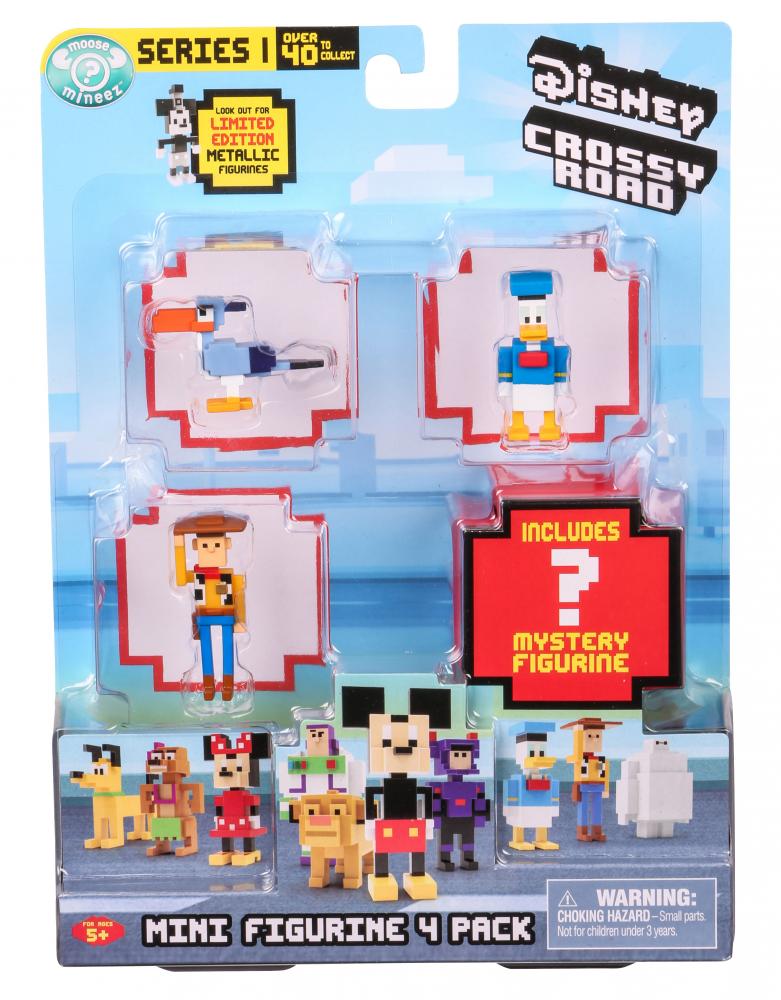 The initial product line includes the ever popular 6” plush dolls and mini-figures. There’s also ‘hangers’, little keychain like toys that can be used to decorate school bags and the like. There seems to be nothing worse than a plain old boring backpack anymore. 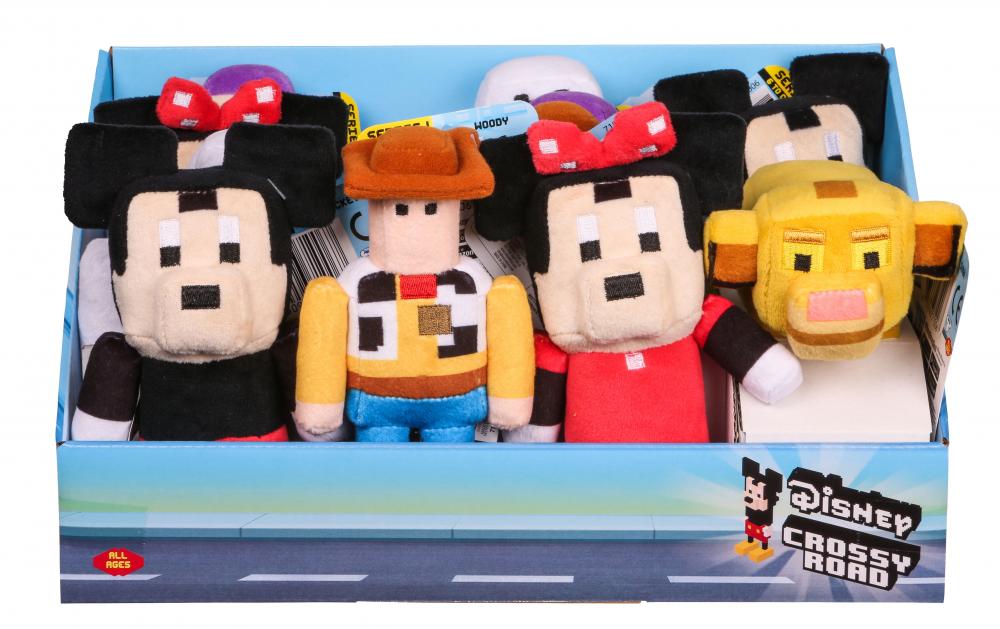 Looking for blocky but squishy versions of Simba, Woody, Minnie Mouse or Beymax? There are six different plush figures to collect in line one. Looking for more variety? There are 12 different hangers to collect and with them being packaged in mystery bags, it could take more than a few tries before you land upon a beloved Donald Duck. It’s a bit like playing the lottery, except you’re less likely to be injured by stepping on a lottery ticket in the middle of the night. 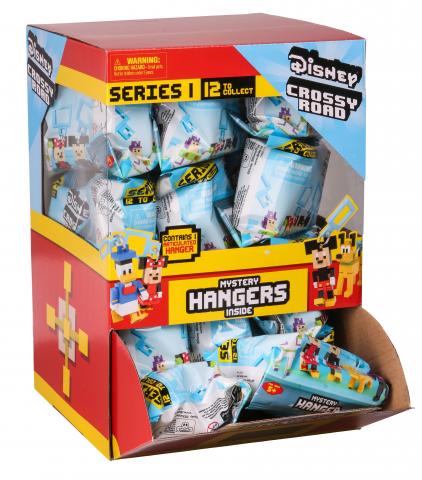 There’s an even more expansive line of the mini-figures which include less prominent but equally loveable characters like Zazu (The Lion King), Pete (Mickey & Friends) and Stinky Pete (Toy Story). With over 40 to collect, including legendary and limited edition figurines, as was the case with the tsum tsum line, you’ll likely be hearing tales of playground envy for a while.

Disney Crossy Road products will be carried by major North American retailers including Toys R Us, Target and Walmart as of April 1. International Disney Crossy Road fans will want to keep an eye on Amazon for official versions of the product.