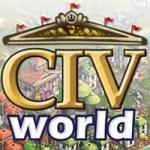 Firaxis has just released a second gameplay trailer for the much-anticipated Facebook game Civilization World, or CivWorld for short, and it shows in detail how the city and technology elements of the game work, and for the first time reveals just what the combat actually looks like.

The combat wasn’t something we managed to get our hands on during our first-look preview last month, but from the brief glimpse shown in the trailer it looks like it will play out much like a card battling game. But as opposed to being a single-player experience, just like the rest of the game it seems that the battles will be collaborative, as you share units with the other members of your civilization.

CivWorld is expected to launch on Facebook very soon, and for more details be sure to check out our hands-on preview of the game, as well as watch the first gameplay trailer.

Rising above Apple’s Ban on Incentivized Installs: Innovation is Key to Monetization