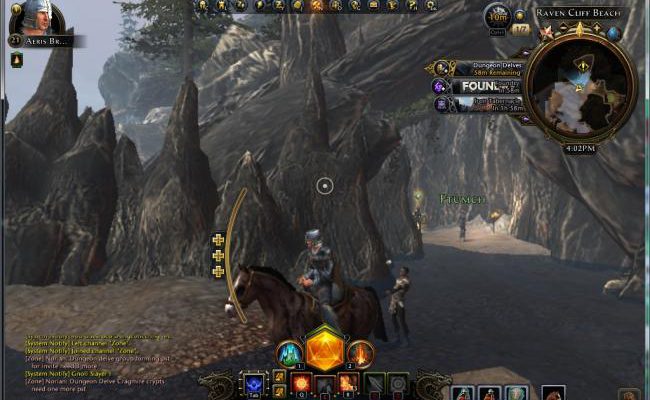 Proper MMORPG reviews are difficult to do. Except for power levelers, the whole idea of playing a game in that genre is that it’s a marathon, not a sprint. That doesn’t mesh well with the concept of deadlines, which is what editors usually insist upon.

So for the recent release of Neverwinter, we’re doing something a little different. I’ll be spending my (mostly fictional) free time over the next five weeks exploring as much of Perfect World’s free-to-play spin on the beloved D&D setting as possible, doing a sort of diary of what I find every week. Then I’ll wrap it up with a more formal review, hopefully giving you a more complete picture of what to expect.

Check out week 1 and week 2 and read on for this week’s installment!

Now that Draeroth the Wayward Wizard is present to watch Aeris Brightleaf’s back (albeit while laughing behind it), I’ve been feeling pretty invincible. So much so that I decided to try tackling a quest in the Tower District that is recommended for five people with just the two of them.

Even though I was at the very top end of the level range, this turned out to be a painful mistake. While the enemies in the quest were the same ones you run into out in the wild, they’re buffed with extra toughness and a lot more health. If you’ve ever played Star Wars: The Old Republic, it’s a very similar situation to Heroic missions.

Aeris and Draeroth handled all of the riffraff just fine, but the bosses were a different story. In Neverwinter, almost all of the boss battles involve extra mobs spawning to come to the big guy’s (or gal’s) aid. In group quests, that becomes a bit of a problem without someone specifically running interference on the minions, and a companion just doesn’t cut it. Bottom line: if it says group, you should get yourself some friends, even if they’re temporary. 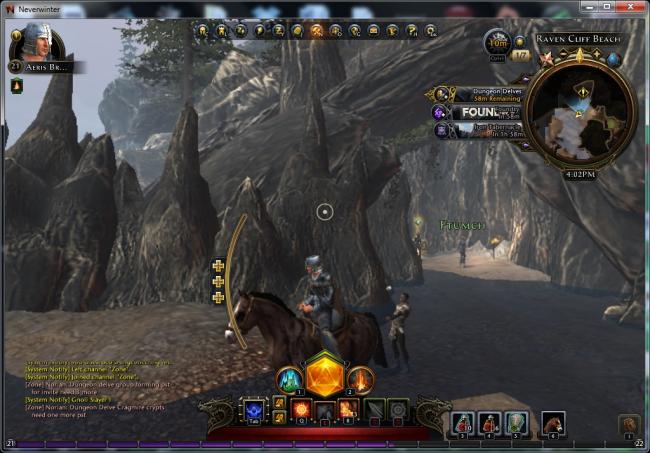 Fortunately, lots of other players are in the same boat. The general chat channels are full of people in every district looking to get parties together to run the group quests. It’s an old school way of handling things – most newer MMOs have gone to group finders of some sort – but it works.

All of the other content is eminently solo-able, if that’s even a word. Companions are something of a concession to folks who prefer being solo but still want to play the latest MMOs, and since Neverwinter allows you to swap them as you see fit, they can fill any role. The only catch is that when a companion earns enough experience to level up, he or she has to be sent away. The time delay for training increases with progress, and it feels like a way to get you to part with some hard-earned Astral Diamonds to avoid the wait.

Another thing I discovered is the joy of mounts, which unlock once you hit level 20. You can buy a mount with just about any of the game’s many currencies, and it certainly beats running around town and the surrounding areas on foot. I didn’t have enough gold to purchase even the most basic horse right away, but it’s possible to rent one a lot cheaper. In fact, the quest that first introduces you to mounts grants you several tokens just for that purpose. Rented mounts stay with you for several hours of in-game time, so they’re clearly worth it. 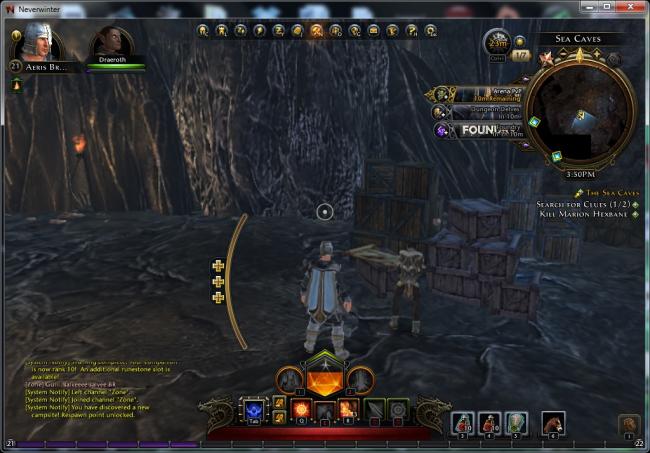 What isn’t so obvious is how you should be spending points on Powers and Feats once you leave the lower levels behind. Neverwinter is new enough that there isn’t a ton of information floating around on ideal builds for different classes, and since I’m more of a casual player, I like just messing around with my own in most cases anyway. The Powers tree is interesting in that new abilities unlock in tiers every so often, but higher levels aren’t available until you put ‘X’ number of points into previous abilities. My guess is that this is a balance issue, as I would have maxed out my cleric’s basic attack right away if I could have. It does limit your options a bit, but it appears there is plenty of room to customize your character to your play style from level 30 on.

Zone-wise, Aeris has moved on to the Blackdagger Ruins, where the main enemies are now pirates instead of monsters. The change from one main group of foes to another in each zone is a welcome one, as it keeps things from getting too stale. Oh, and Aeris now has a cape, and despite what Edna Mode says in The Incredibles, capes are cool.