Home / News / MU Origin gets a ton of content, including a whole new Force system, in 4.0 update

The thing we love about gaming in the second decade of the 21st century isn’t the eye-popping visuals or the highly polished gameplay, finessed over decades of innovation and experimentation.

No, the thing we love about games these days is the way they keep getting bigger and better even after they come out.

And few have benefited from this process more than MU Origin, the gorgeous mobile MMORPG from Korean developer Webzen.

MU Origin only came out a couple of years ago, but, as of this week, it’s already on version 4.0. Previous updates have added masses of new content, and this one is no different. MU Origin 4.0 comes with major new events, systems, and features. 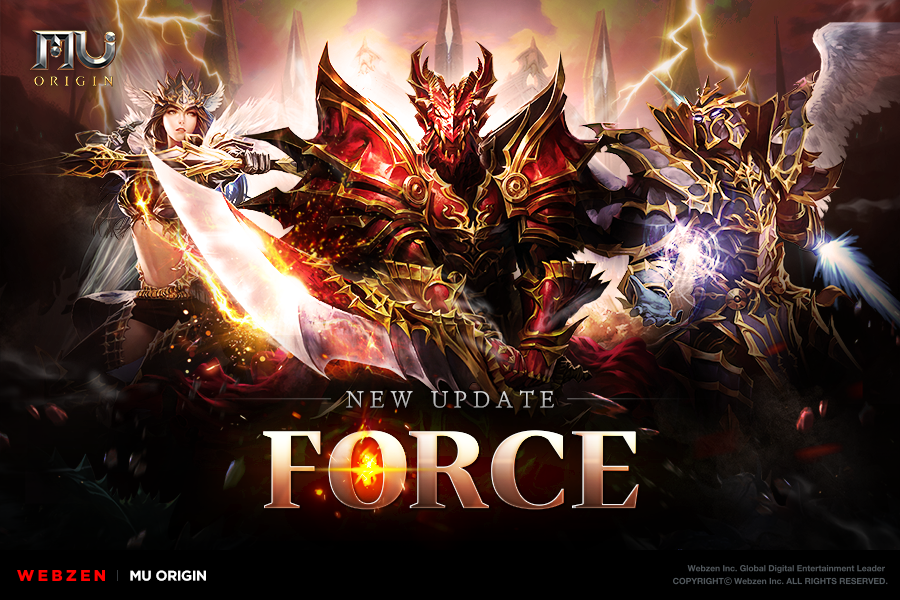 We’ll start with the Ritual event. This allows players who have joined the Corps to receive rewards by completing quests and killing particular monsters within a certain period. Each time you complete a Ritual quest your quest bar fills up a bit, and whenever you get to 100% you enter the next phase of the quest. There are four in total.

The Ritual event begins at midnight on October 29th, so set your alarms now.

Also included in the 4.0 update is a new Force system. This becomes available after you’ve completed the main quest after Rebirth 10 level 40, and it basically opens up a whole new dimension of gameplay and content.

For example, every day at 4pm the Force Boss Raputh appears in the Force map, and you can defeat him for various Force rewards, as well as the Devil Slayer title if you happen to deal the most damage.

As ever, there’s a lot more in the latest MU Origins update than we can possibly describe in full here, including Mount Equipment and the Guild League Cheer, along with a variety of other tweaks and improvements.

You’ll just have to download MU Origin on the App Store or on Google Play now to see for yourself.