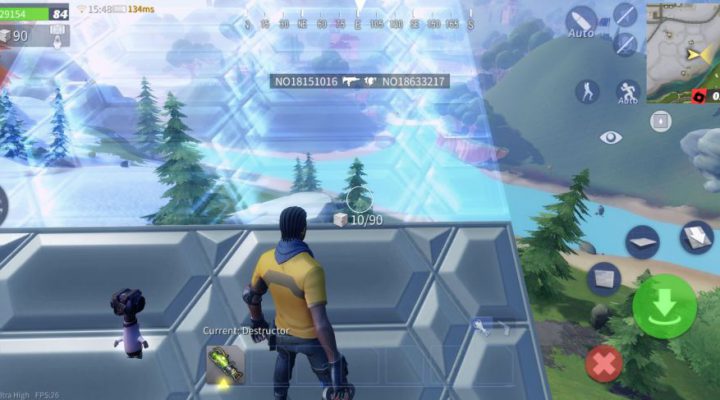 Casual arcade games are all about mastery. Whether you’re playing Temple Run or Trials, the joy is in becoming good at something insanely difficult.

And scrambler bike games are the most satisfying games of all, relying on a heady mixture of fast reactions and pinpoint accuracy.

Moto X3M is like a more cartoony Trials. It sees you barrelling from left to right on a scrambler bike, pulling off insane stunts and racing against your own high score, but in a much more playful way than we’ve seen before.

The up cursor arrow accelerates, down brakes, and right and left let you lean clockwise and anti-clockwise respectively. Using these simple controls you need to shift your weight on the bike to keep it balanced and moving at the optimal speed. 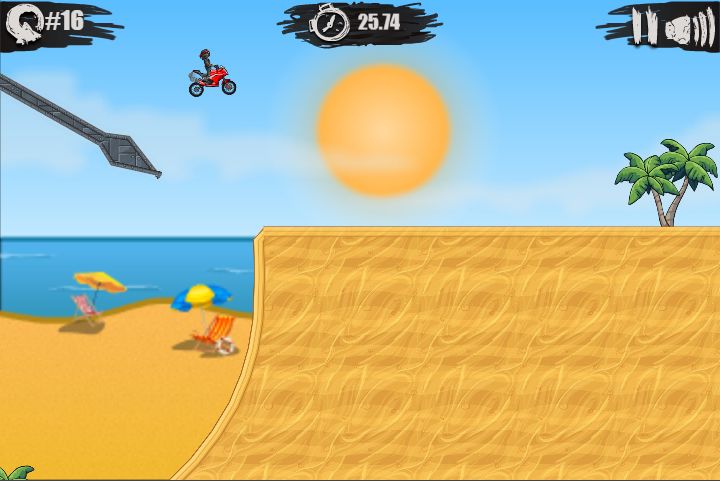 You can shift your weight in mid-air, too, rotating your bike like a slow-moving catherine wheel to ensure that you land with both wheels on whichever surface you meet, whether that be the ground, a wall, or the inside curve of a giant loop.

Three stars are available for every stage, with faster times netting you more stars. Finishing a stage is one thing, but getting three stars is another thing altogether. You’ll struggle to do it with the default bike.

Fortunately you can use the currency you earn from races to buy new, faster bikes — though these come with their own challenges, since you need to learn how to handle the extra power.

All this will be familiar to anyone who has played Trials HD or its sequels. The thing that distinguishes Moto X3M is its sheer insane exuberance. 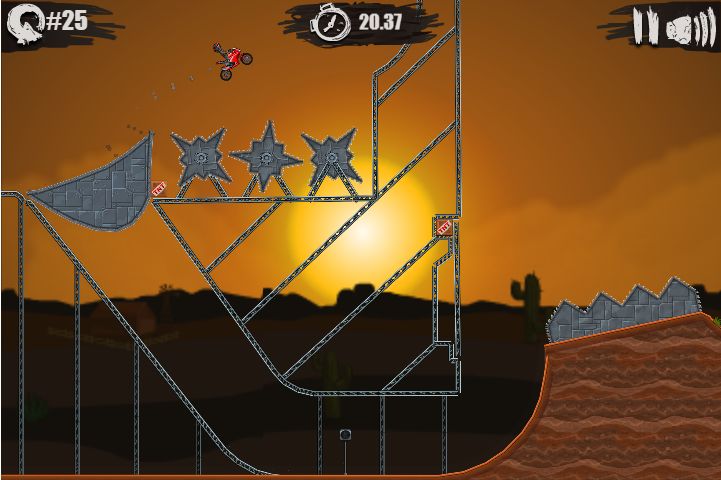 Sometimes you feel like a hotshot rider on a novelty track, while at other times you’re more like a ball in a Rube Goldberg machine, with giant moving parts shifting and swivelling to keep you on track. At one point a leg even swings around and kicks you over the finish line. Yep.

Moto X3M is an absolute riot, combining tight controls and accurate physics with some insane slapstick action. Play it now on CrazyGames here, where you can also check out Moto X3M 2 and Moto X3M 3.