Home / News / Monday Morning Quarterback: Will the next FarmVille-style hit be a Hidden Object Game?

Monday Morning Quarterback: Will the next FarmVille-style hit be a Hidden Object Game? 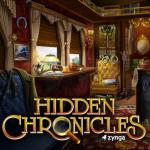 Two weeks ago, Zynga invited the press to check out its new office and get a sneak peak on its upcoming games and projects.

Lost amidst the announcements around Project Z (a Facebook-based social games network that I am not even sure Zynga fully gets what its all about) to upcoming game launches of CastleVille (CityVille meets a RPG with a touch of Shrek, very cool) and a slew of casino style and mobile games, was the announcement around Hidden Chronicles, Zynga’s first foray into the hidden object genre.

Hidden Chronicles may do for hidden object games what FarmVille did for strategy and simulation games, making the hidden object genre the most popular casual game genre of them all.

Hidden object games (HOGs) are already the most popular genre for casual games on the PC and Mac, and increasingly, on tablets like the iPad. Go to Big Fish Games, the leading distributor publisher of casual games, and you will see that on every given week, at least 4 – 5 of the games are hidden object games.

Just as significant, hidden object games are the only games being sold as premium games. Whereas the price per the average casual game is $7 or below, the price for hidden object games at launch generally is between $10 – $20 per title. It’s no wonder that the majority of casual game developers have stopped producing time management, strategy, and puzzle games and focused entirely on HOGs.

So far the hidden object genre is the only one that has not been impacted by freemium and pay-to-play games on the Facebook and social mobile platforms.

Expect this situation to change as of right now:

Zynga is copying Playdom’s playbook by hiring hidden object game veterens to lead their efforts. Gardens of Time is developed by ex-iWin developers. The lead developer of Hidden Chronicles is Cara Ely, a designer and creative director for many of iPlay’s hit HOGs, including the Dream Day and Women’s Murder Club series (here is a Gamezebo interview with her back from 2007).

Though I have not played Hidden Chronicles yet, I’ve seen it, and I can tell you that the graphics and production values are at least as good as Mystery Case Files, which is impressive considering that this game is Flash. The game is photo-realistic, there is tons of animation, and the sound quality is high. Even the premise is similar to the hundreds of HOGs out there. You are summoned to Ramsey Manor where you meet variety of characters who help you discover the truth behind the mystery (sound familiar, fellow HOG fans)?

Sure, the game will be social, which may turn off some HOG fans. Players will be compete to complete a level and compare with their friends. Critics said this would never work with the puzzle game Bejeweled, but now the most popular way to play Bejeweled is on Facebook. The same could happen for HOGs.

And, most importantly, it also will be free for the majority of players (Zynga admits only 1 – 3% of its players also pay per its recent S1 documents).

Zynga has tons of money and they plan on updated this game all the time with free levels. They also plan to market it like crazy through their existing network of players (which all match up perfectly with the older female demographic) and through millions of dollars in ad buys (if they follow what they do every time they launch a game).

If Gardens of Time can attract 14 million MAUs, surely Hidden Chronicles can attract 25 million MAUs within a month. Personally, I think this could be Zynga’s next FarmVille break-out hit and do better than the sexier yet riskier CastleVille.

Does that mean I believe that the HOG market will go away for downloads? The answer is positively no. Many HOG fans will never play Hidden Chronicles because they mistakenly believe that going on Facebook is bad for their privacy (the Internet is much riskier, by the way) and they would rather pay up front for a download than pay $1 for a hint along the way. Just as important, hidden object fans like variety. Part of reason hidden objects do so well as a casual game genre is that there are so many different HOGs launched each week. Its almost like a Book of the Week club than a game genre.

Nonetheless, many HOG fans will gravitate to Hidden Chronicles because it will be one of the best HOGs to play online and will be free to play for majority of players.

Hidden Chronicles will not mean that the end of hidden object games in the downloads space, but it will have an impact.

What does this mean for all the casual game companies that specialize in hidden object games, like Big Fish Games and the Eastern European and Russian developers that create them (another fact, most HOGs are developed overseas)?

My first word of advice is: don’t panic. As mentioned, this isn’t the end of the casual game download HOG.

But, do all you can to get on Zynga’s beta list to get a sneak peak of Hidden Chronicles.

Hidden Chronicles is not going to kill any developer’s hidden object business. But anyone who ignores it, does it at their own risk.

Final Note: To see more of a sneak peak of Hidden Chronicles, check out VentureBeat’s interview with the lead designer, CaraEly.