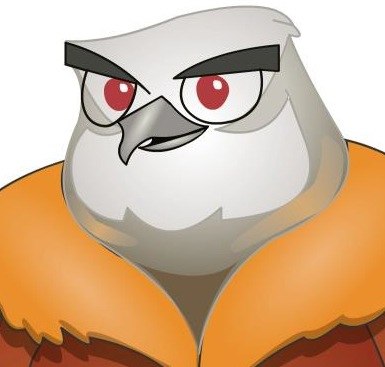 Mafia Wars 2 and Ravenskye City are two different answers to the same problem: how do you follow up a successful social network game? There are any number of choices. You could keep pumping the game full of new content, you could create large-scale expansions, or you could launch all-new sequels or spin-offs. But which choice is the best?

Social games are often referred to as more of a service than a product. As opposed to traditional games, the developer’s job isn’t over once the game is completed and in the hands of players. They need to add new content and fix issues on a regular basis in order to keep players happy and playing as much as possible. New missions, items, and other content are par for the course when it comes to social games, but much bigger changes are needed once a game starts to really dip in popularity.

Expansions have been arguably the most popular choice thus far. FarmVille, for example, has gotten much bigger with the addition of both the English Countryside and Lighthouse Cove expansions. Not only have these added new features, but new areas and farms for players to enjoy. They have stories and characters and provide a nice visual change. It’s a great way to not only keep players interested, but also lure back lapsed players. It’s a technique that’s been used to great success for quite sometime, long before Facebook. Just ask the hordes of players who renew their subscriptions every time a new World of Warcraft expansion comes out.

Sequels are much more rare. Zynga is the biggest developer on the platform and it only released its very first sequel recently with Mafia Wars 2. The original Mafia Wars was constantly updated with new content including major upgrades in the form of new cities. But it was also a game that was showing its age. Text-based role playing games were very popular during the early days of Facebook gaming, not so much any more.

And so the series was the perfect chance to test out how a true sequel would fair. The advantages are obvious. Mafia Wars 2 has a recognizable brand that will likely attract not only new players who thought that all those menus in the original were dull, but also lapsed players who moved on to other games. And it’s something that couldn’t be done through a content update or even an expansion. This is a significantly different game. And so it deserves its sequel designation.

But unlike traditional games there’s a danger in releasing sequels: damaging your existing audience. Mafia Wars is an older game, but it still has more than three million people playing. How do they feel about the focus being put on a new game as opposed to the one they currently love? Will they move on to the sequel or simply move on from the franchise? Imagine if this happened with an even bigger game. What if Zynga were to release a CityVille 2 tomorrow?

This brings us to a third option that’s relatively unique to social games: spin-offs. The best example is the burgeoning “Ravenworld.” Ravenwood Fair was a massive hit and it even received the expansion treatment with Ravenstone Mine. But then developer Lolapps did something unique by announcing games that weren’t exactly sequels, but instead new experiences set in the same world, including both the recently launched Ravenskye City and the previously announced Ravenshire Castle.

But what’s the goal exactly?

With a sequel you’re attempting to bring players back to a series with an updated experience. With an expansion you’re trying to keep players interested in an existing game. But with a spin-off like Ravenskye City it’s not quite so clearly defined. Ravenwood Fair still has millions of players, though significantly less than at its peak. Is the goal to bring players from the fair to the city? Will a new game renew interest in its predecessor?

The release of Ravenskye City might actually be the best of both worlds. Lapsed Ravenwood players may want to check out a new game set in the same universe they’re already invested in, while current players might actually play both. And then there are the new players.

In theory the spin-off seems to be a happy medium offering expansion-like content but with a whole new game. It seems to have worked for Zynga’s Pioneer Trail, which now boasts more players than the original FrontierVille it was spun off from.

As with many questions, the answer as to what’s the best option for social game sequels appears to be “it depends.” With an older game, maybe a revamped sequel is the right way to go. But for something that still has a large group of active players a spin-off might be the better option. The fact that there are so many options, though, is a sign of just how young the social space is. Maybe we’ll see one form of follow-up emerge as the most popular option over the coming years, or maybe we’ll see new, previously unheard of options. Imagine if multiple games set in the same universe could talk to one another, providing bonuses to users who play each one.

What’s great, of course, is that the future will be shaped by your preferences. Social games adapt and change based on player feedback, and the evolution of sequels, expansions, and spin-offs will be no different. So keep playing what you like the most. You’re almost certain to see more of it in the future.