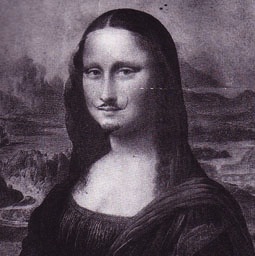 There’s been a lot of talk in the game development community recently about plagiarism. That is, creating and selling a game that’s essentially a rehash of another. Cloning. Some argue that it’s simply standard practice. Others believe it’s immoral and detrimental to games as a whole. But I, like most of us, don’t have to deal with these conflicts. I don’t make games, I simply enjoy them. But do I have a responsibility in this as well? If I support a so-called plagiarized game, am I doing the medium I love harm?

Much of the debate stems from a recent essay written by Daniel Cook, chief creative officer at Panda Poet and Triple Town developer Spry Fox. In it Cook argues that the plagiarism of games is a “lazy and morally offensive practice.”

From the point of view of a developer the issues are clear. Why invest the time and creative energy necessary to create something new when you can copy something else for less money and with less effort? Even worse, if you do create something new, there’s a good chance someone will attempt to build off of your success. Just look at this job posting. I can’t imagine what it must be like to go through a situation where someone else makes money off of your ideas leaving you in the cold.

The problem is that this practice is so widespread. Trying to tell one hidden object game from the next can often be a game in itself, as the titles can be so similar in everything from visuals to gameplay to setting. The number of nearly identical farming, city building, and mafia games on Facebook is alarming. The success of Angry Birds has fundamentally changed the way most mobile puzzle games are structured.

The question is, what responsibilities do we have as consumers of these games?

It’s a difficult thing to answer. In some cases, we simply don’t know any better. When iPhone owners went and bought copies of Ninja Fishing, few knew that it was so blatantly inspired by a Flash game that was being turned into the iOS release Ridiculous Fishing. It’s impossible to know about every game out there. But even if we do know a game’s inspirations it’s hard to find that line, the one that determines if a game is either simply building off of an existing idea or is straight-up copying that idea.

I come across this a lot while covering the social space, where things can get so bad companies sue each other over identical games. The relatively recent wave of hardcore strategy games on the platform are virtually all re-skinned versions of one another. They may have a few new ideas, but the core is the same. It just has a new theme and setting.

As much as it pains me to say this, sometimes those minuscule changes are enough to make me want to play a game. I enjoyed the core gameplay of FrontierVille, for example, but couldn’t stand the twangy, pioneer setting. Ravenwood Fair, on the other hand, plays very similarly but takes place in a world I’m actually interested in exploring. The similarities of the game aren’t unintentional either, as designer John Romero explained in a post-mortem earlier this year.

“I knew I had to hurry up and come up with a concept,” he wrote, “so I quickly identified the best game on Facebook at the time, FrontierVille, and played it for three days so I could understand its design patterns and monetization model.”

The result was a very FrontierVille-esque game but with a theme that appealed to me personally. This is probably the same reason that Kabam keeps releasing such similar games only with different themes. People may enjoy the gameplay but be turned off by the visuals or story or some other more aesthetic part of the game experience. It’s hard to blame the player. There are so many games and most of us have so little time. You play what you enjoy.

But at the same time, there has to be some accountability, especially amongst the more game-educated amongst us. I may enjoy games that are similar to others, but I also get angry when I hear stories like what happened to Halfbot and The Blocks Cometh. Stealing someone’s hard work is never right and there is a line, however fuzzy it may be, between inspiration and cloning. Designers have a responsibility to design games in a moral way, but it’s a two way street. If we don’t want more of the same, we need to support the creators of what’s new and unique and interesting as best we can.

Otherwise, why would they bother?