Monday Morning Quarterback: our predictions for 2012 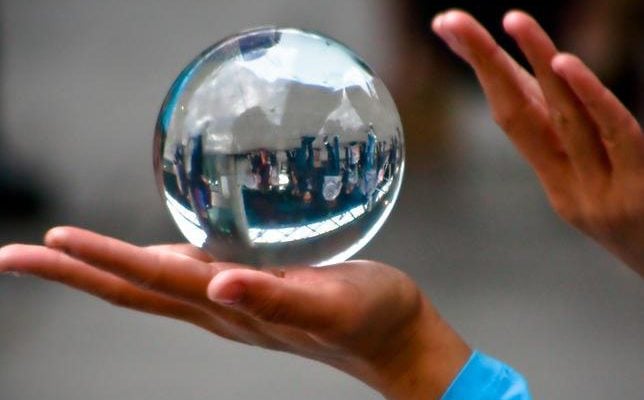 At the end of last month we took a look back at the year that was 2011 and rounded up the best and most interesting games and trends to happen. Now we’re looking forward. Just what does the world of casual gaming have in store for all of us in 2012? Well, we’re not quite sure, but that’s not going to stop us from making some predictions. The Gamezebo team has spent the past month gazing at our office crystal ball and has come up with these nine predictions for the next year of gaming.

The Apple loses its shine

Ever since the launch of the iPhone, Apple devices have been the go-to place for mobile gaming. Some of our favorite games of last year, for instance, including our overall game of the year, were exclusive to iOS devices. But with the momentum of Google’s Android platform that’s not going to last forever. Popular iOS games are now regularly ported to Android, and some, such as the just-released mobile version of Triple Town, even launch on both platforms simultaneously. And with so many Android devices in peoples’ hands, it’s only a matter of time before the platform becomes a gaming powerhouse in its own right.

Almost all of the mega-popular games on Facebook (and to a lesser extent Google+) share one thing in common: they sport 2D visuals. But thanks to advances in browser technology, that’s starting to change. Gameloft has already experimented with 3D shooters (N.O.V.A. Elite) and racing games (GT Racing Motor Academy) on social networks, and THQ will soon launch the very impressive looking Margaritaville Online on Facebook. As 3D browser games become easier to make, you can expect to see lots more of them on your favorite social networks.

The ability to play a game on your computer and then pick up right where you left off on a mobile device is something that both gamers and developers are fond of, and it’s something we expect to get even bigger in 2012. Last year saw a number of great cross-platform games, like Top Eleven and Buddy Rush, and in 2012 we’ll see even more. Both because gamers will demand it, and developers will have an easier time creating such games.

Love it or hate it, the freemium model seems here to stay. It started with browser games, moved on to mobile, and we predict that soon many of the biggest PC games will also be free-to-play. Developers will experiment with different ways to integrate in-game purchases, and it probably won’t be long before they realize that they can make more money by giving you the game for free and then charging for pieces of it afterwards.

Amazon and Microsoft get big into games

The new biggest players in games in 2012 will be Amazon and Microsoft. Amazon, because of the Kindle Fire (the first Fire is a hit, next version of the Fire will be a true breakout hit, Amazon knows how to do second versions of devices very well, see Kindle). Microsoft, because they are launching Windows App Store for PCs this year (even if it fails, due to the sheer amount of Windows PCs, it will drive tons of sales) and the Nokia Lumia 710 Windows Phone, priced at $99 or less. This will allow Microsoft to steal market share from Android and drive game sales

HTML5 gets its first big hit

We’ve been hearing about HTML5 for quite some time, and it seems as though plenty of developers are quite keen on the technology. And with so many of them playing around with it, it shouldn’t be long before we see the first big breakthrough hit that utilizes HTML5. We have no idea what the game will be, of course, but we think it will come out some time in 2012.

Even as many PC games move towards the freemium model, we think that there will also be a backlash against it. It will come out that kids are using their parents’ credit cards via iTunes accounts to buy game items and that it is impossible to get money back. At least one attorney general will file a lawsuit, creating a public policy debate about freemium games and kids playing. This will in turn lead to a backlash among some gamers as they realize they are spending more money through virtual items versus buying the games outright.

With the massive success of things like Minecraft and the Humble Indie Bundle, more game developers will start experimenting with ways to sell games directly to consumers. Services like Steam, GamersGate, and Big Fish will still be huge, but they’ll lose some ground as PC games become more widely available in different places that earn the developers much more money.

Ever since FarmVille became the biggest game on Facebook, Zynga has managed to maintain an incredible stranglehold on the platform. The top five games are regularly all developed by Zynga, but in 2011 we saw signs that this might change. First EA managed to snag millions of users with the release of The Sims Social, and then several new Zynga games, including Mafia Wars 2 and Hidden Chronicles, failed to live up to expectations. In 2012 we might even see a few underperforming games like FrontierVille close down. With the continued push of EA (which now includes Popcap) and Disney-owned Playdom, Zynga’s days on top could well be over.