Home / News / Monday Morning Quarterback: How to fix copying and plagiarism in games

Monday Morning Quarterback: How to fix copying and plagiarism in games 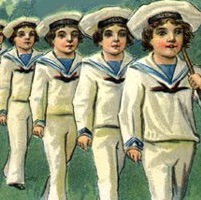 Another week, another lawsuit. Yesterday, Spry Fox, the developers of the social game Triple Town, sued 6Waves for copy infringement, accusing the latter of copying their game with the release of Yeti Town on the iPhone. Last week, Nimblebit accused Zynga of copying their game Tiny Tower with the release of Dream Heights in the Canadian iTunes Store. Today Buffalo Studios just did the same about Bingo Blitz and Zynga Bingo. And in December, Zynga and Vostu settled a lawsuit whereby Zynga has sued Vostu for copying its game CityVille which Vostu counter-sued, claiming the pot-calling-the-kettle-black defense (that Zynga’s game was a copy of other games).

With so much outright copying and downright plagiarizing going in the world of games today, I would like to submit a Modest Proposal to solve the problem once and for all.

The first step in solving this problem is to analyze why game companies copy each other in the first place. The simple answer is, because they can. For a games company based in a country where intellectual property laws are non-existent, or a big games company with enough money to have lawyers on staff and a legal budget, there is absolutely no cost at all to copy the game of a small developer.

In the former case, it’s impossible to sue a company based in country with laws that do not respect intellectual property. In the latter case, a big games company has very little to lose by because their costs to “lawyer up” are much less than that of a small company. For a big company with lawyers on staff and millions in the bank, legal costs are marginal. For a small company, however, a lawsuit (which could cost up to $1 million even before it goes to court), hiring a lawyer is an unexpected expense that could lead to bankruptcy.

It’s a small wonder that the majority of times a large company copies the game of a small company, nothing happens. Most small companies never sue larger companies for copyright infringement for fear that the legal costs will put them out of business.

In fact, one could argue that it actually pays for a company to copy someone else’s game than to innovate. Innovation, and by this I define as a game that is at least 10% different than any game out there, is a risky strategy. It’s hard, costly, and does not necessarily lead to success.

Recent sales figures, however, suggest that copying a existing successful game where you know how well it will sell (since someone else took the risk already in testing the product) and spending tons of marketing dollars around making your game the “de-facto” game around copied mechanic is a less risky and more lucrative strategy. I’ve talked to many game developers over a drink or two who have admitted that this strategy has been the modus operandi of successful game companies on Facebook, iOS, and Android platforms over the past few years.

So, given that it pays quite well to copy games, how do we solve the problem? The answer, of course, is to make it prohibitively costly to copy the game in the first place.

Right now, the only potential costs to copying are shame, where a company mocks you for copying them (see Nimblebot’s brilliant infograph response to Zynga for Dream Tower), or legal action, which for reasons above, usually does not work (unless, of course, the offending company was arrogant enough to copy the actual source code of the other game).

There is only one way to make copying not pay and that is for the game copy not to be released in the first place. And the only companies with the power to make this happen are the platform owners themselves where millions of games and billions of dollars are made every year — Facebook, Apple, and Google (Android).

Right now, each company has a submission and approval process for all games and apps to be distributed on their platforms. Copyright infringement is a consideration, but enforcement is passive. The onus is on companies to notify Apple, Facebook, or Google that their game has been copied and then it usually needs to be settled in the courts which as mentioned above, costs millions in costs, years to settle, and is always at the advantage of the richer or foreign company.

My modest proposal is two-fold:

There are reasons why Apple, Facebook, and Google may not do as I propose. Thousands of apps and games are submitted a day and by getting more involved, they could open themselves up to be more legal liable in such cases. The arbitration clause would have to be well-crafted so that there is a disincentive for false copyright infringement claims to be filed. And big companies may want to not agree to the arbitration clauses and opt not release their games on the big three platforms.

Regardless, physical retailers like Walmart do not sell stolen goods on their shelves, so taking a hands-off approach is not the solution either. Though big game companies may not want to agree to arbitration, the distribution power of Apple, Facebook, and Google is so big, everyone will agree to anything these companies ask them to do. Especially if its the right thing to do for game companies and gamers.