Home / News / Monday Morning Quarterback: Could Disney be the next big name in gaming?

Monday Morning Quarterback: Could Disney be the next big name in gaming? 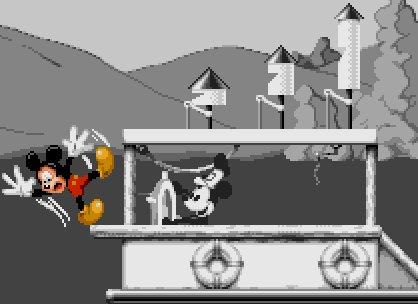 When it comes to the business of entertainment, there’s one hard and simple fact that can’t be avoided: Disney owns everything. Marvel Comics? Disney owns it. ABC television? They own that too. ESPN, The Muppets, Baby Einstein; it seems there’s not a single aspect of the entertainment industry that Disney doesn’t have a dominant foothold in. And now, it would seem, they’ve turned their attention to video games.

The notion of combining Disney and video games isn’t new. TRON spawned an arcade classic with its 1982 video game adaptation, Castle of Illusion showed us how good a platformer on the SEGA Genesis could be before Sonic showed up on the scene, and in more recent years we’ve seen the entire stable of Disney characters mix it up with the Final Fantasy folks in the Kingdom Hearts series. The number of games with Disney characters in them must number in the hundreds, if not thousands.

And yet despite the financial success that their associated releases have seen, they’ve never really been treated as a dominant force in the industry.

Maybe it’s because most of their titles are a little too “kid friendly.” Maybe it’s because for every Kingdom Hearts, there are a dozen disasters trying to cash in on the popularity of their latest film. Whatever the reason, the name “Disney” simply hasn’t been synonymous with “success” when it comes to video games – but all of that is about to change for three simple reasons;

They’re buying the right studios. Over the last five or six years, Disney Interactive has made a number of acquisitions. Initially these were all from the world of “core” gaming. Wideload Studios, a company they acquired in 2009, was made up of Bungie veterans who’d worked on the Halo series. Propaganda Games, a 2005 acquisition, was made up of former EA Canada employees who’d created franchises like NBA Street and Def Jam Vendetta.

On paper it certainly seems like they have an eye for talent. But many of the games such acquisitions produced, like TRON: Evolution or Guilty Party, failed to become the breakout hits that a publisher would hope for. Sure there was the occasional critical success like Split/Second, but even the Warren Spector helmed Epic Mickey met with mixed reviews. For a company that seemed to be doing everything right by console gaming standards, the results were all wrong.

…and then they started looking beyond home consoles.

Last July they acquired Tapulous – makers of the mega-popular Tap Tap Revenge franchise on the iPhone. They also acquired Playdom, a leader in Facebook gaming, and somewhere along the line they brought the developer of the physics game JellyCar into their fold. Which brings me to my next point…

They’re playing in the right markets.

With their earlier acquisitions, Disney was jumping into an already full playground and trying to be the kid who climbs to the top of the monkey bars. With Facebook and mobile though, that playground is still relatively empty. Sure there are thousands upon thousands of developers out there, but there are only a few real publishers. On Facebook the only major competition comes from Zynga, Crowdstar, and the EA-owned Playfish. On mobile things are a little tougher, but still – you can count the number of major mobile games publishers on little more than one hand. If you’re looking to leave your mark, you need to make it where it can be seen. Facebook and mobile can be the places to do it. 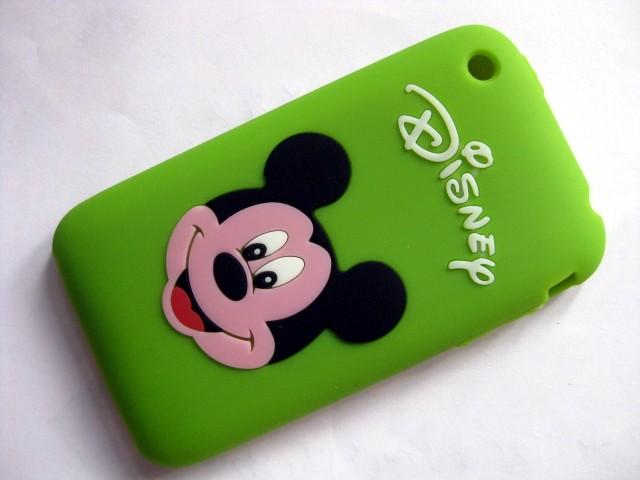 These are also the markets with the most growth potential, and despite this fact, a lot of traditional publishers are still playing shy. Sure EA has made a big splash in both areas, but companies like Activision have openly shunned these markets. And they’re both great places for a company like Disney to explore gaming while maintaining their family-friendly appeal.

When I first heard that Disney had purchased Tapulous, my first thought was “oh great, how long until we start seeing releases like High School Musical Revenge?” But it didn’t happen. In fact, for a company with a rich history of song, it’s downright shocking that there’s hasn’t been a Disneyfied Tap Tap game yet. And that’s a good thing, because it means they’re letting acquired studios keep doing what they already do best.

The same goes for Playdom. Sure they’ve just announced that Disney-branded Facebook games are on the way in 2012 – but that’s only after releasing a bevy of great new social games that haven’t had a thing to do with the House of Mouse. Gardens of Time, Deep Realms, Gnome Town – every one of these Facebook titles were released after Playdom’s Disney acquisition. And with Capcom’s Beeline brand making a splash in mobile with licensed social games like Smurfs’ Village and Snoopy’s Street Fair, you can hardly blame the Playdom/Disney team for wanting to mine their existing properties for social gaming gold.

The biggest “non-Disney” Disney game, though, doesn’t come from Tapulous or Playdom, but from Disney itself. Kind of. 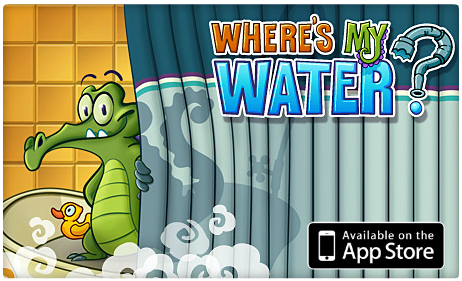 Where’s My Water? was developed in-house by Disney, though it was done by the developer formerly known as walaber. After publishing JellyCar 2 through Disney, he was offered a job “making cool mobile games” for the company. His latest creation, Where’s My Water?, sits at the top of the App Store sales charts at the time of this writing, has received a 5 star review right here at Gamezebo, and is getting rave reviews everywhere else.

It seems as though Disney finally has a bona fide video game hit on their hands.

Things looks pretty bright for Disney. Just keeping on the path they’re on now could be enough to propel them to the top of the game in the new worlds of social and mobile gaming, yet they seem intent on cementing their place in this new world even further. Back in March they acquired RocketPack, an HTML5 startup. And twice this year the company has seen layoffs resulting from a shift in focus to social and mobile – once at Disney Interactive in March, and then in September at Disney Avalanche. Clearly this is a company that’s committed.

That’s not to say that we won’t see traditional PC and console video games from Disney in the future. Disney Universe is on the horizon, and as the parent company of Marvel, I couldn’t imagine a world without comic book heroes on my PlayStation 3. But it seems like going forward, more “traditional” releases like these will play less of a role in Disney Interactive’s future than titles like Where’s My Water? and Gardens of Time.

Then again, what do I know? It’s all speculation. That’s why we call this series Monday Morning Quarterback.

Monday Morning Quarterbackis a new weekly editorial series from Gamezebo. Each and every Monday one of our editors tackles a specific issue around the latest trends and news in the world of gaming.