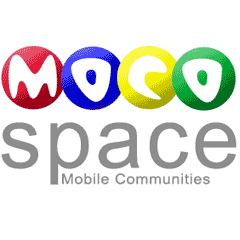 Even though gaming has become more and more mainstream, there’s still a perception that the general gamer population is comprised of little more than awkward teenage males. Over the past decade studies have shown that this just isn’t the case, and the availability of games on mobile platforms have meant that the gamer population is getting even more diverse. MocoSpace, the self-proclaimed “largest mobile gaming community in North America,” has just released the results of a new survey, and the results are pretty interesting.

MocoSpace wound up surveying over 15,000 American gamers in December 2011. Not only are more and more people spending time gaming on mobile platforms, but they’re also spending an increasing amount of time playing said games: 46% of participants said they’re playing more on mobile devices than they were last year (by comparison, 26% and 23% claimed to be playing more on their consoles and computers, respectively).

Here are some other interesting facts that the study revealed:

The continual increase of mobile gaming’s popularity isn’t terribly surprising. Nielsen’s Mobile Media Report recently revealed that 44% of all phones in the U.S. are smartphones; that’s 13% higher than a year earlier.

Cut the Rope now playable for free in your browser