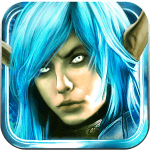 We were blown away by Gameloft’s Order & Chaos Online, which managed to take virtually everything that has made World of Warcraft the biggest MMO in the world and cram it onto an iPhone. And now the game is making the jump to the big screen, with a Facebook version in the works.

The most recent edition of Gameloft’s video podcast revealed the news (skip ahead to the 2:30 mark), though details are few and far between at this point. No release date was announced for the Facebook version, nor were any details on how the game will be priced. Currently the mobile versions of the game feature both an upfront price to download as well as a subsequent monthly subscription fee.

This isn’t the first time that Gameloft has taken a popular mobile franchise and ported it to Facebook. Earlier this year the sci-fi first-person shooter series N.O.V.A. came to the social network with N.O.V.A. Elite, a free-to-play, multiplayer focused shooter with in-game microtransactions. The developer has also released a pair of original Facebook games as well, with both Mini Kings and Green Farm.

Stay tuned to Gamezebo for more details on Order & Chaos Online on Facebook.