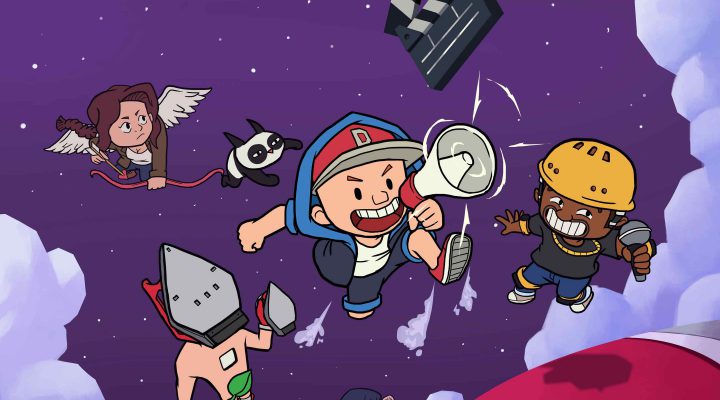 Admit it: you’d love to be a Hollywood director. Who wouldn’t? You get to live in the swankiest parts of LA, swanning about at awards ceremonies, raking in piles of cash, and screaming at the most celebrated actors of our generation.

Hollywhoot is your chance to give the Hollywood lifestyle a go. Developed by Joyseed Gametribe, it sees you recruiting actors, making films and television shows, and winning awards like a pro.

Just like a real-life director, you’ll need several strings to your bow. For example, not only do you have to buy actors, but you need to constantly level up their charisma, acting, and physical condition until they can undergo training or evolve. 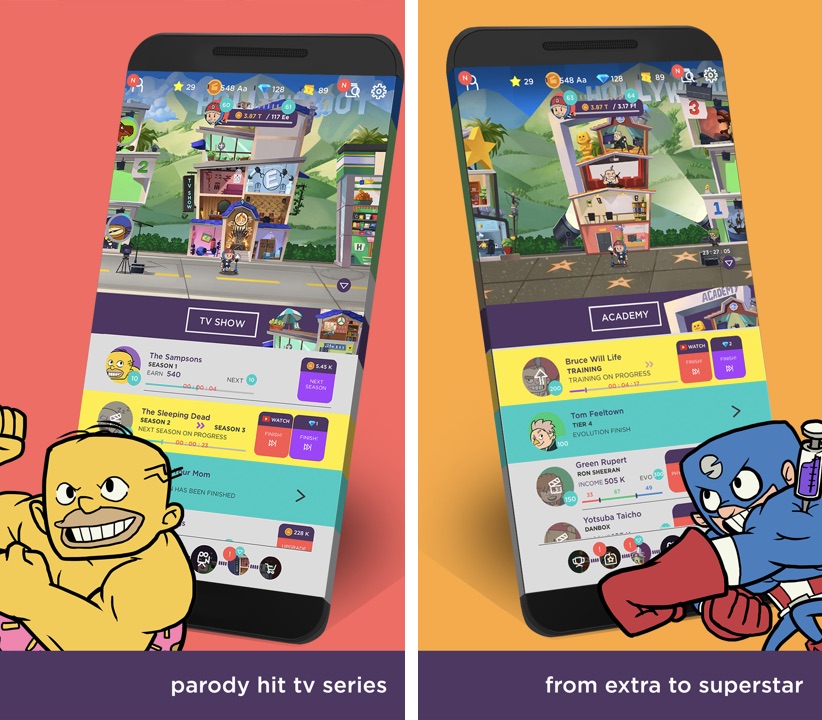 These actors appear in films, and the more actors you have on your books, the more films you can make simultaneously (up to a maximum of three). Each actor also has his or her own attributes, giving them a boost in Thriller films, say, or Comedy.

Cast them in the right roles and the films in question will make more money, giving you more to spend on recruiting new actors and leveling up the ones you have. Those films will also get more critical acclaim. You can tell because they fare better on the “Potatometer”.

In case it’s not clear, Hollywhoot is a fun-filled parody. You’ll be working with actors like Can’t Miss Everdeen and James Bean, and producing TV shows like The Sampsons and Never Met Your Mom. 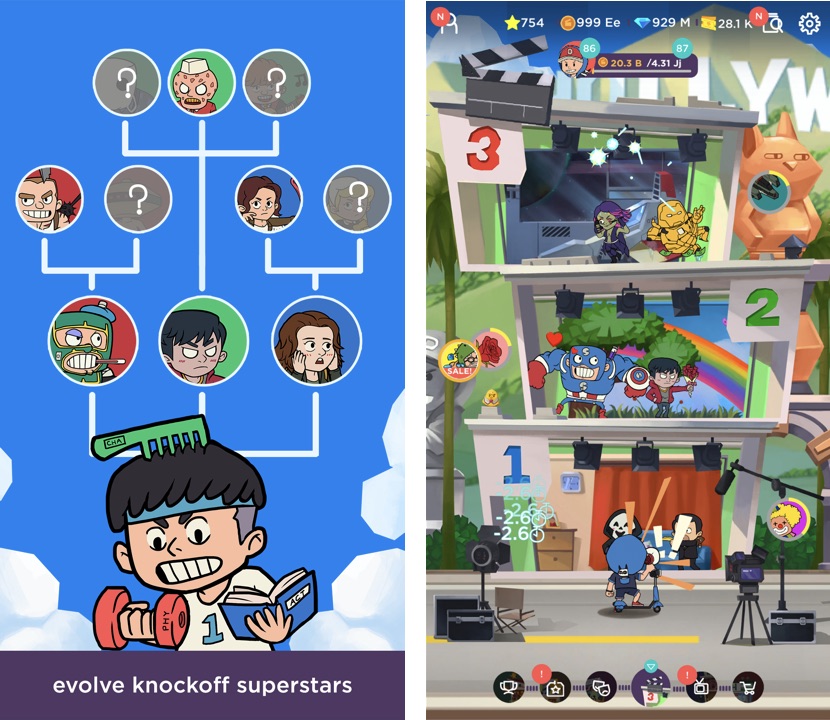 To keep the money rolling in you’ll need to upgrade and level-up constantly, maximising the potential of every film through canny casting and ploughing your profits into training, evolution, new TV shows, new actors, and more.

You’ll also need to keep opening chests for permanent booster cards, and whenever you you reach a certain level you’ll be able to reset your progress entirely in exchange for additional trophies and awards, meaning fame, meaning a faster rise on your next go around.

Hollywhoot is a classic cookie clicker, but with a difference: there’s almost no tapping. While you can frantically jab at the screen to speed up the film production process, for the most part you’ll spend your time on strategy and decision-making rather than endless tapping.

You can pick up Hollywhoot for free right now on Google Play, and it’ll arrive on the App Store August the 16th – you can pre-order it though.